A few days ago we brought you pictures as the first of the new batch of M5000s for Manchester Metrolink was used in service for the first time since Christmas and now the next two are on the road to being introduced with both 3122 and 3123 undergoing mileage accumulation on the Bury line. The two operated as a coupled double unit for runs from Queens Road Depot on the Bury line on Friday 23rd April are our intrepid photographer was out and about again to capture these images.

Mileage accumulation is a vital part of the commissioning process for new trams with a certain amount of miles needed “on the clock” before they can be passed over for operational use. These two trams arrived in Manchester on 12th December 2020 (3122) and 6th February 2021 (3123) and have since been followed by 3124 and 3125. Of the new batch of 27 trams only 3121 has carried passengers so far but with these two now being out it shouldn’t be that long before they join the ranks of the operating fleet as well! 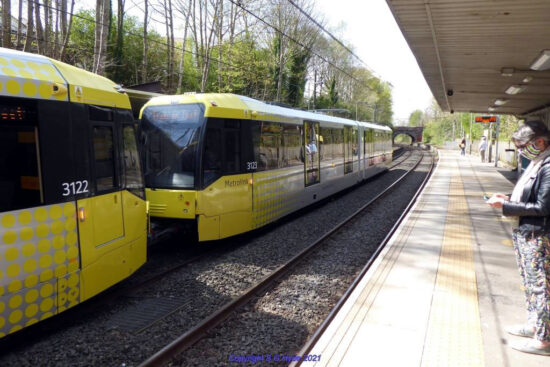 Following up a tip-off your photographer visited Heaton Park stop and had just arrived as 3122 and 3123 passed through northbound on a mileage accumulation run from Queens Road to Bury. The pair were running on these trips all afternoon. 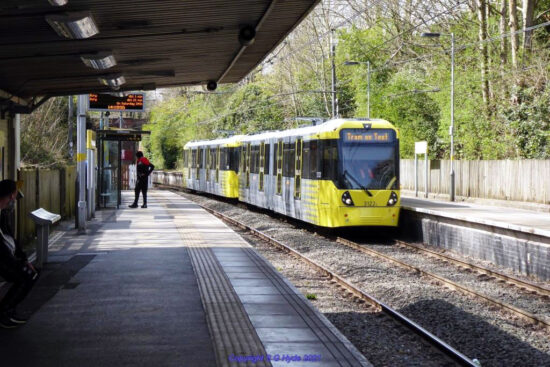 Around 45 minutes later we see them returning to Queens Road from Bury. 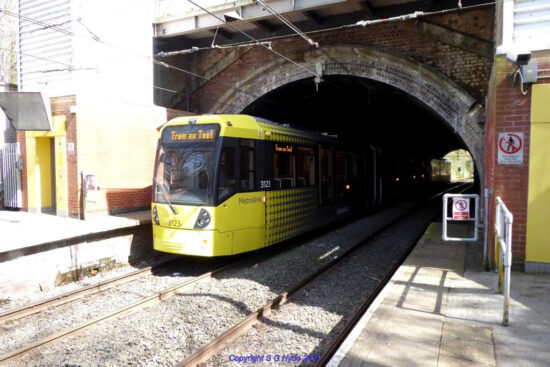 Finally as the photographer gets ready to leave we catch 3123 disappearing into the gloom of the short Bury Old Road tunnel at Heaton Park stop. (All Photographs by Steve Hyde, 23rd April 2021)