Over the next few weeks our traditional tram edition of “Picture in Time” won’t have a specific theme but will be looking at some of those trams which don’t really fit into any one location but still warrant inclusion! First up is Bradford 104 on the move.

We have previously featured Bradford 104 in this series when it was being used for short runs outside Thornbury Depot after the abandonment of the trams and while the trolleybuses were still running. But after a few years this brief period of operation was over and the tram was redundant once more. The tram was eventually moved to the Bradford Industrial Museum and that is where it can still be found today, displayed in rather cramped conditions alongside one of its replacements in the city – a trolleybus.

In these two below photos we see 104 during its transport to the Bradford Industrial Museum in 1975. 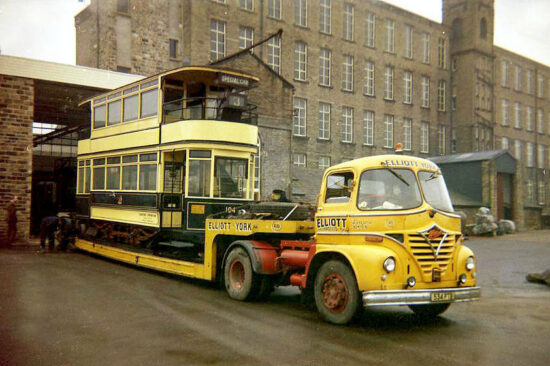 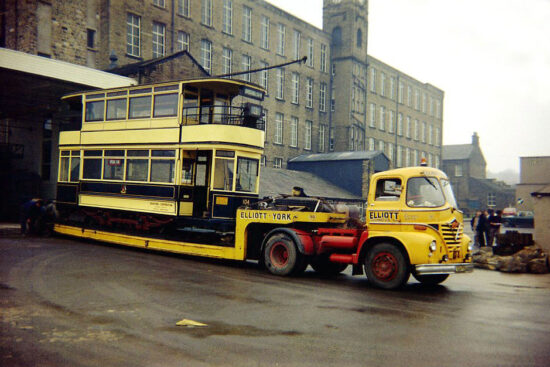 Both Photographs by Malcolm Slater