Posted on Saturday 17 April 2021 by Gareth Prior

Its time to head into central Edinburgh once more as we head out on another “Lockdown Walk”.

The below image was captured on a quiet Princes Street (as it has been and will remain so for a while yet with most shops still shut at the time of this image) and shows the tram running along the centre of the road with a bus following on close behind. 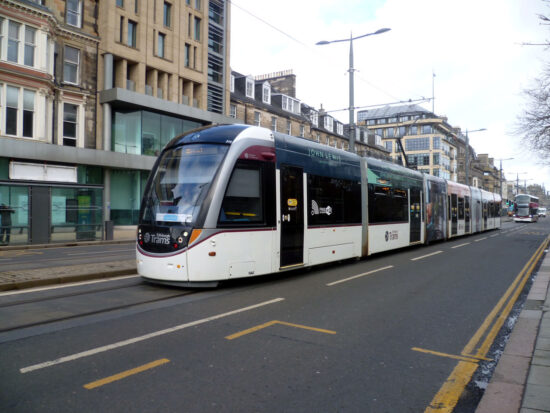 272 is an advert for John Lewis & Partners, a company who opened their department store in Edinburgh at the St James Centre in 1973 and has since been extended twice. The remainder of the St James Centre – at the east end of Princes Street – has been demolished and its replacement (the St James Quarter), of which John Lewis will still be an important part, is due to start opening from this June. (Photograph by Roy Calderwood, 8th March 2021)