Posted on Friday 2 April 2021 by Gareth Prior

In today’s edition of “Picture in Time” we again feature one of the trams which runs on the Seaton Tramway.

No. 6 is the oldest of the purpose built trams at Seaton with it first running in 1956 (although its chassis can be dated further back to 1954). At this time it had an open top deck and the lower deck was of a crossbench style but it would only be like this until 1962 when it received small saloons at each end to provide a bit more protection against the elements. It wasn’t to run at Seaton until 1974 when it received the regauging work and was kept in the same condition until 1989 when it reverted to the open crossbench lower deck.

But its June 1984 for this image which shows the tram which its two small saloons at each end of the lower deck. 6 is just rounding Windy Corner (close to the terminus at Seaton) in this view and its not only the tram which has changed since as the surrounds has seen massive changes in recent years. 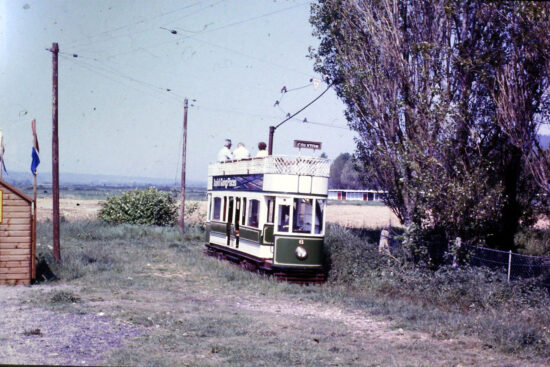