Posted on Wednesday 31 March 2021 by Gareth Prior

We take a second trip to a surviving structure on the former Lytham St Annes tramway system for this edition of “Still Standing!” and its another former shelter.

This structure is an octagonal brick building which is located at the junction of the A584 Clifton Drive South and Marine Drive in Ansdell, not far from the famous ‘white church’. Marine Drive leads to the Ribble estuary and Fairhaven Lake while in the opposite direction Woodlands Road leads to Ansdell and Fairhaven station.

Built in 1923 – a year after Lytham St Annes Corporation had taken control of the tramway from the company – and appears to be in close to its original condition. There are seats inside and the entrance door is open but it isn’t currently in use for transport as the bus stop for Blackpool is a few metres further towards Lytham. A replica board (presumed to be a fairly recent addition) with the wording “ANSDELL FAIRHAVEN” is affixed to the building. 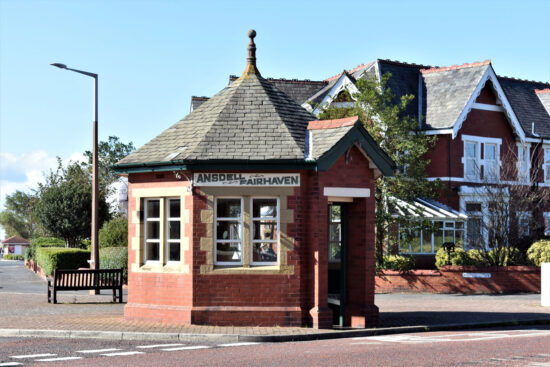 A view of the shelter. This structure is smaller and less ornate than the similar structure we have previously featured in St Annes. Differences include a more steeply pitched roof, a ball roof finial and no decorative stonework above the entrance. 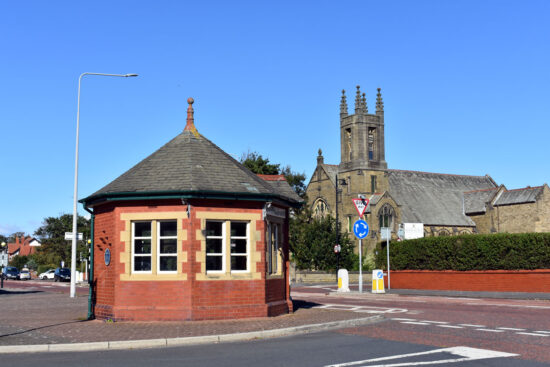 Another view of the shelter looking across Clifton Drive towards Fairhaven Methodist Church. 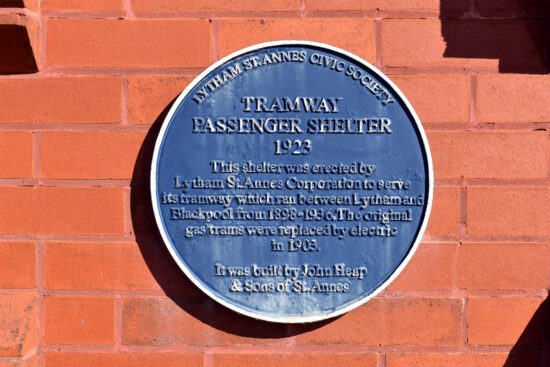 The handy blue plaque affixed to the shelter giving details of its history. (All Photographs by Donald Brooks, 25th September 2020)