Around the World in Trams: Den Haag 1180

Posted on Saturday 20 March 2021 by Gareth Prior

As we bring an end to our visit to Den Haag we go all retro as we view the Tourist Tram in action.

Den Haag usually has a Tourist Tram service running on a circular route between Den Haag and Scheveningen with 16 stops available for this hop-on hop-off service. It runs every 30 minutes at weekends from April to October and daily during July and August. A 24 hour ticket can be purchased for 15 euros and also allows travel on HTM services in this period. The route is run by one of four PCC cars and is run by volunteers from the Haags Openbaar Vervoer Museum (HOVM – The Hague Public Transport Museum). 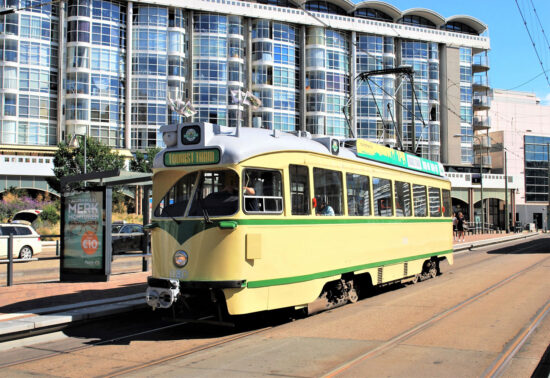