Posted on Tuesday 16 March 2021 by Gareth Prior

Now into their second month the trackworks on the Blackpool Tramway are now seemingly coming towards a conclusion with trams now able to run all the way through to Fleetwood Ferry although the southern end has now seen a temporary return to Harrow Place serving as the terminus as the welding gang have returned to Starr Gate.

Services were advertised as returning to Fleetwood Ferry on Saturday 13th March although reports from that day suggest that they were still running from Starr Gate to Fisherman’s Walk (Ash Street). The Blackpool Transport website had been updated a few days earlier to say they would run to the Ferry from that day and was not changed so its not known for certain when trams managed to reach the far end of the tramway again.

What seem to be the only remaining works on the tramway now are at Starr Gate and hopefully they will be completed over the next few days – there is no update as to when the tramway may fully open again for the first time since Saturday 13th February. 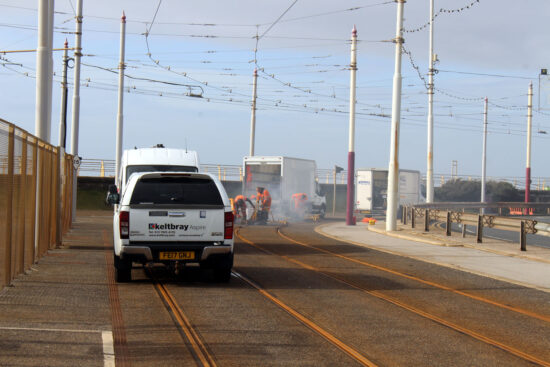 Work underway on the curve leading to the Starr Gate terminus. The exit from the depot is on the left. 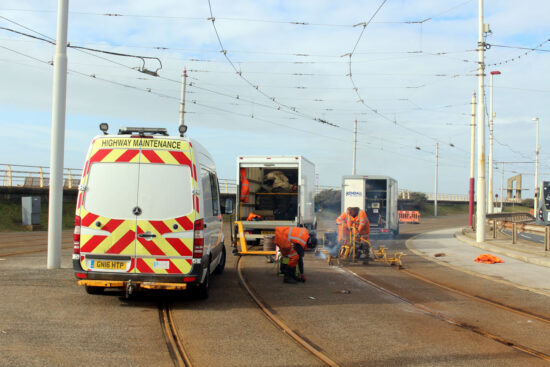 A closer view of the work on the curve. 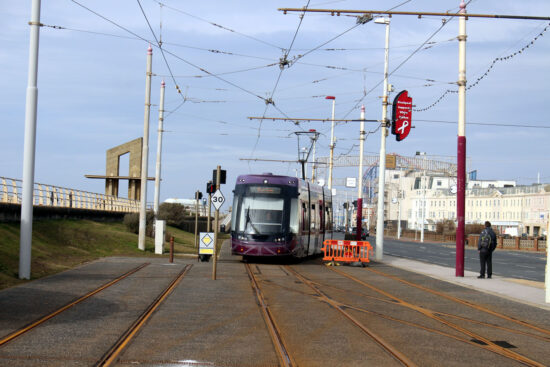 005 has terminated at Harrow Place and now uses the crossover to regain the correct track before reversing and returning north. Note that the destination display states it was going to Starr Gate. 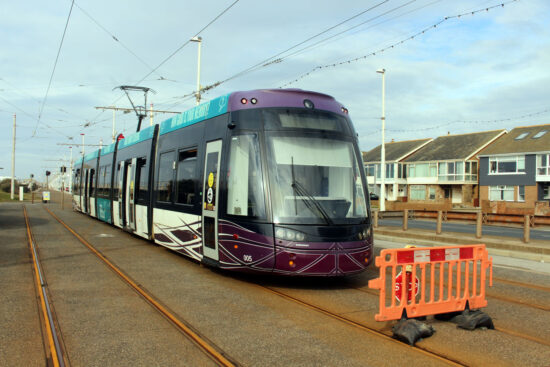 005 now waits to head back to Harrow Place and start its next northbound journey. 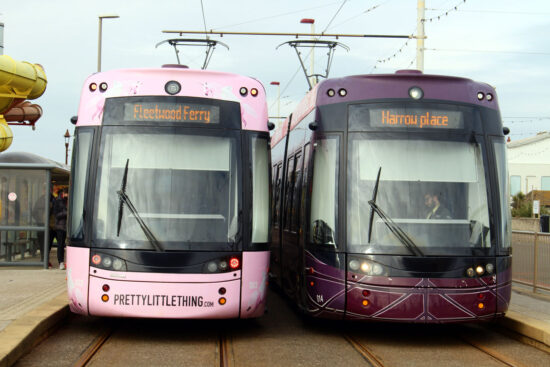 The destinations for trams as they were on 15th March – Fletwood Ferry and Harrow place. 003 and 014 are at Pleasure Beach. 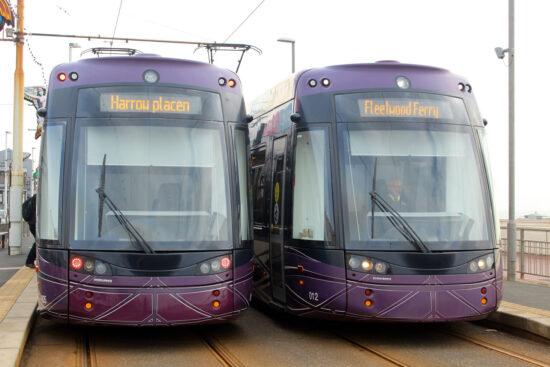 Its not always easy to type the temporary destinations into the display! 005 is off to Harrow placen with 012 going north to Fleetwood Ferry. (All Photographs by Tony Armitage, 15th March 2021)