In Pictures: Latest look at the future site of the Blackpool North Station tram terminus

Since the end of 2020 when the last remnants of the old Wilko’s store on Talbot Road were demolished visible progress on site which will eventually become the site of the tramway terminus at Blackpool North Railway Station has been fairly limited. But over the past few weeks there has been an attempt to level off the site as preparations continue for the construction of the tram terminus as well as a new hotel. 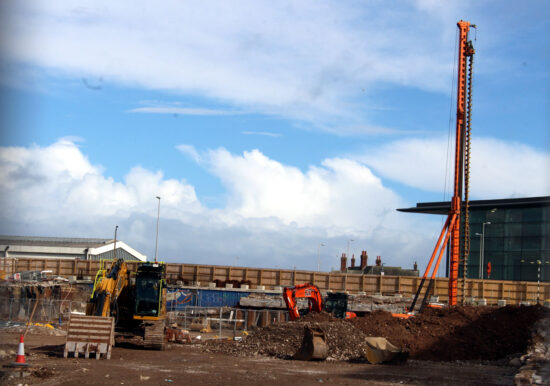 With the corner of Sainsbury’s on the right and the top of the railway station concourse the other side this is the old Wilko’s site with just a little bit of rubble remaining. 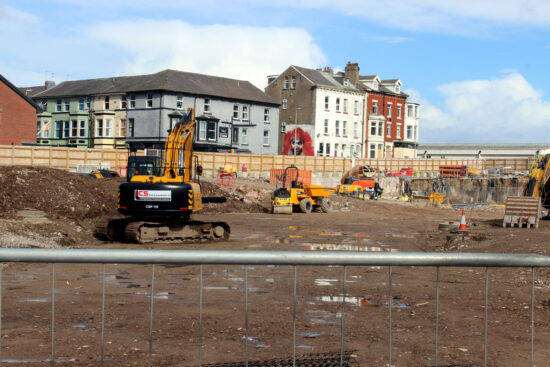 Another look at the site at a slightly different angle. (Photographs x2 by Tony Armitage, 13th March 2021) 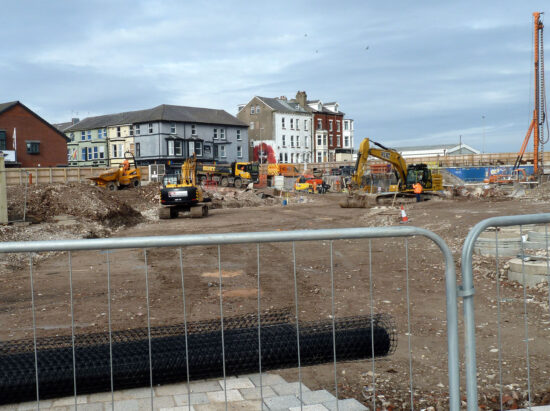 A further image of the site with plenty of vehicles involved in the work. (Photograph by Peter Dockerty, 15th March 2021)