Posted on Thursday 18 March 2021 by Gareth Prior

In this edition of “Stop by Stop” we call at a stop on the Blackpool Tramway which many a tram enthusiast has probably alighted at over the years – Manchester Square.

As we continue our journey north from St Chad’s Road just before we reach the stop at Manchester Square there is a track which comes in from the right and this leads to and from the depot at Rigby Road. Although no longer used for day to day trams this is where the heritage fleet resides and the chances are that if it’s a heritage running day you will see trams operating up to the depot at the start and end of the line. Almost straight away after that track we then come to the stop at Manchester Square. When initially constructed this stop received name boards stating the name Rigby Road The Manchester but ahead of opening of the upgraded tramway it had reverted to Manchester Square. Not much that can be said about the stop as it keeps the uniform style with southbound passengers still waiting for the chance for some shelter! 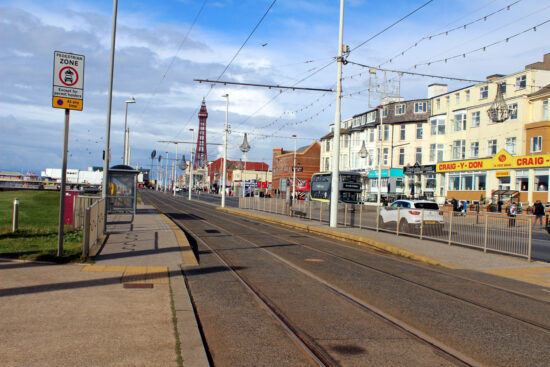 For a change of view here we are on the sea side of the tracks for this shot with the northbound platform closer to the camera. The tracks to Rigby Road depot and to the right of this shot. 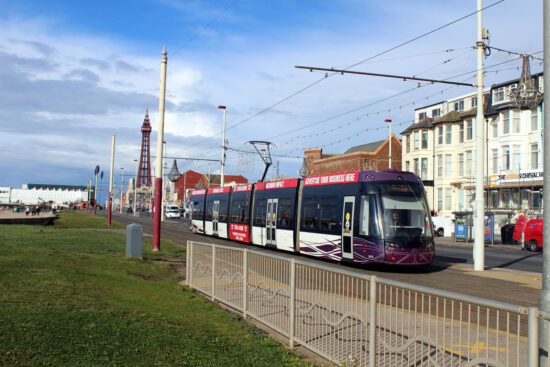 014 arrives at Manchester Square. The northbound platform is closest to the camera but the tram is running south to Starr Gate. 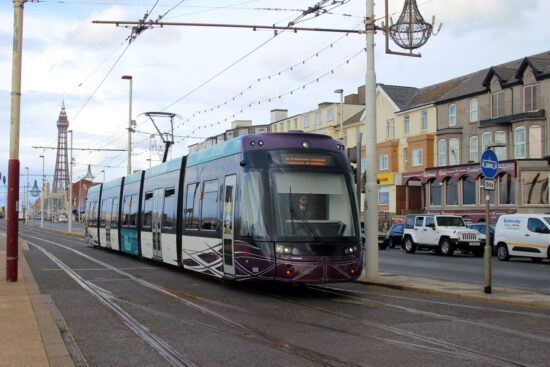 Here we see 005 having just departed south from Manchester Square for Pleasure Beach. In this view we can see the tracks leading to and from Lytham Road to access Rigby Road Depot. (All Photographs by Gareth Prior, 24th September 2020)