Its early September 1976 again for this latest look at archive photos from the Blackpool Tramway and it’s a tram still popular with enthusiasts which is featured – Balloon 715.

Today Balloon 715 is owned by the Fylde Transport Trust and is used on Blackpool Heritage Tram Tours but back in 1976 it was just another one of the Balloons, working normal day to day services along the length of the coastal tramway probably little realising what it would be doing 45 years later! In these images 715 was a mere 41 years old and had lost its double destination indicators but was still running with a trolley and roof windows were still in evidence. It was carrying standard fleet livery of green and cream and featured between deck adverts for “Shop at Binns”. The Corporation crests complete the scene.

In this first view of the tram we see it at Fleetwood Ferry as two passengers – plus a dog! – alight from the tram. Maybe they are heading to the ferry across to Knott End? 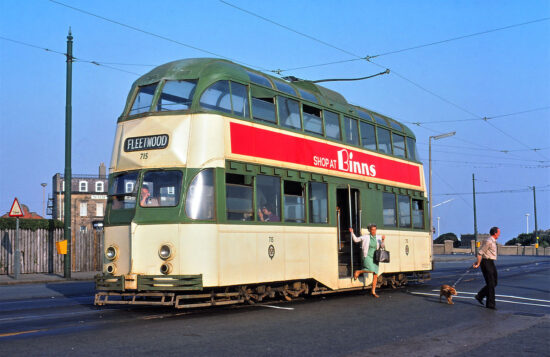 A few minutes later and 715 disappears off along Pharos Street for its return journey to Starr Gate. The road layout may have changed here but one thing which has remained constant is the Pharos Lighthouse. 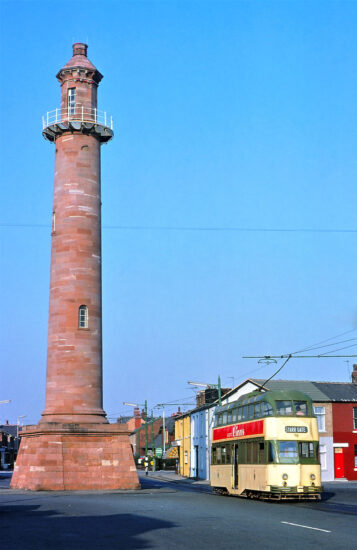