The overrunning trackworks on the Blackpool Tramway are starting to come to an end with Fleetwood finally being served by trams again from Wednesday 10th March (at least as far as Fisherman’s Walk) with a promise that from Saturday 13th March it will be back to Fleetwood Ferry for the first time in exactly four weeks – although it would appear more work is needed back at Starr Gate as the southern terminus will be reverting to Harrow Place from that date.

It was announced a couple of days beforehand that trams would be able to return to Fisherman’s Walk (Ash Street in old money of course) from the start of service on Wednesday 10th March and return they did with the trams using the crossover just beyond the stop to return south.

With trams able to run that far north the work being undertaken was taking place close to Fleetwood Ferry with the welding gang in action complete with their protective tunnel once more. 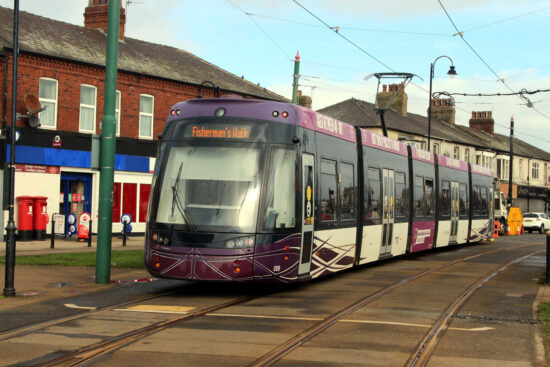 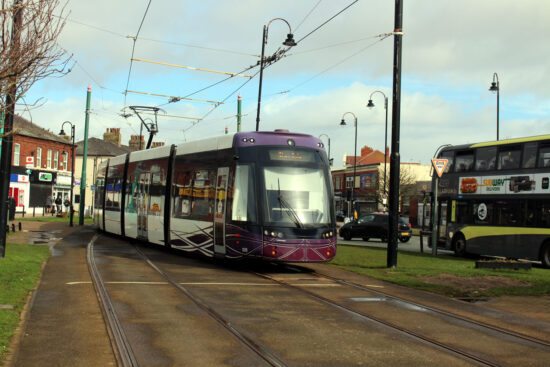 008 then uses the crossover as it heads back to the stop to return to Starr Gate. 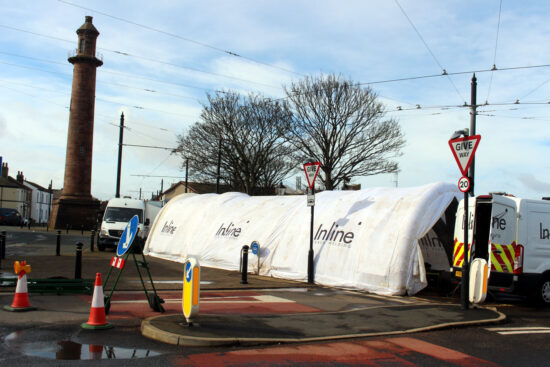 Down on Pharos Street where the welding gang are in evidence with their tent. 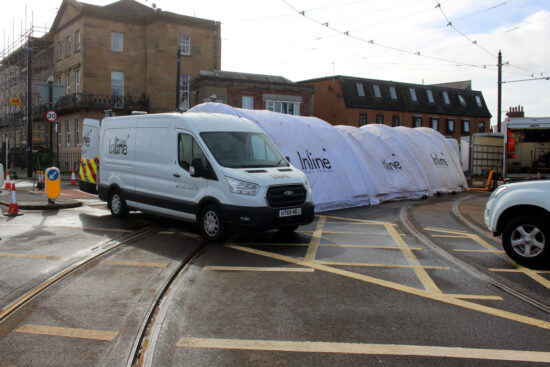 Another view of the works on Pharos Street complete with various vans being used by the workers. 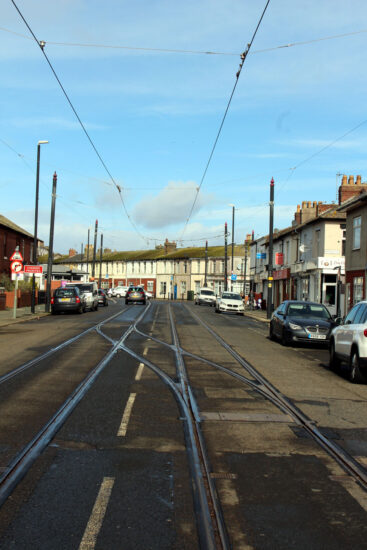 Back towards the centre of Fleetwood on Victoria Street where the crossover is without overhead now. (All Photographs by Tony Armitage, 12th March 2021)