In Pictures: A new arrival at Heaton Park

Posted on Sunday 7 March 2021 by Gareth Prior

The Heaton Park Tramway are now the proud owner of a new vehicle in their fleet – a MEWP (cherry picker) which has been kindly donated to the Manchester Transport Museum Society by Pod-trak.

The road-rail vehicle will become a vital member of the engineering fleet at Heaton Park and is a replacement for the previous one which left the tramway last year after it no longer became economical to repair it.

The MWEP will be very busy once restrictions allow volunteers to return to the tramway with overhead maintenance, gutter cleaning, the fixing of leaks in Lakeside shed roof amongst other jobs which need to be done.

It has been donated free of charge by Pod-trak, a company who came to the aid of the tramway back in 2019 to repair the damage caused by the overhead wire theft in the September which saw the tramway having to temporarily close. 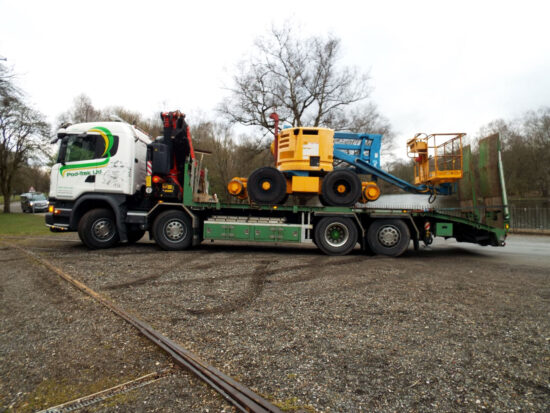 The MWEP arrives at Heaton Park on the back of the Pod-trak lorry. 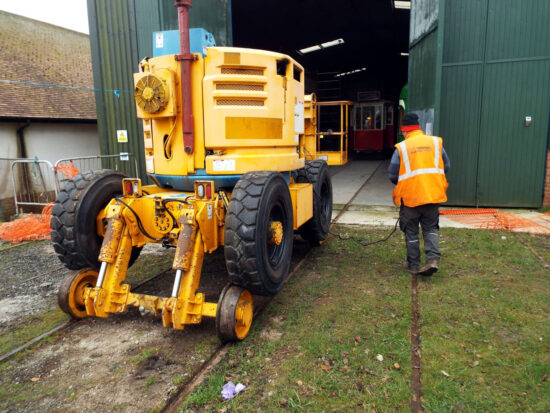 Unloaded and being maneouvered into Lakeside Depot. 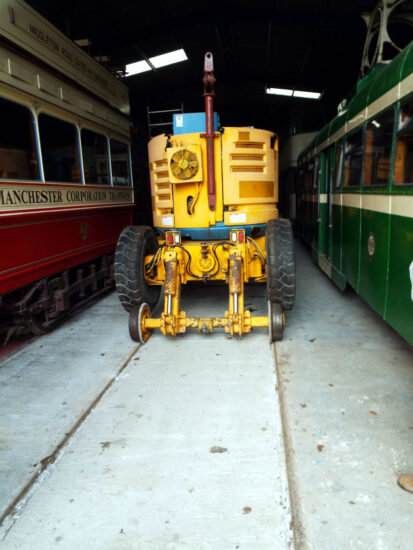