Whatever Happened To? Midland Metro 11

Posted on Tuesday 26 January 2021 by Gareth Prior

As we continue this series looking at what has become of the Midland Metro T69s we reach the only of the trams which has been officially preserved.

No. 11 was delivered from Italy to Wednesbury via the usual route arriving in the West Midlands on 6th October 1998, still some seven months before public services would begin. Having entered service  and receiving the name Theresa Stewart in July 2003 the tram would be catapulted into many enthusiasts affections ten years later when it received a new livery. To commemorate the 50th anniversary of the end of the original tram system in Birmingham 11 received an approximation of Birmingham Corporation colours with a blue lower body and cream upper section with it being officially unveiled in this style in August 2013. It would keep these colours until it was withdrawn from service in December 2014.

After just over a year 11 would leave Wednesbury Depot for Long Marston on 8th March 2016 where it would be kept for further storage. But unlike many of its sisters 11 was not sold for scrap but was secured for preservation by Birmingham Museums. It will eventually go on display in the city but for now remains stored at Long Marston. 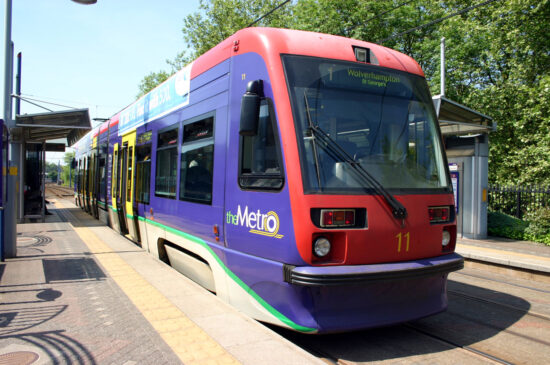 Before it received the Birmingham Corporation inspired livery we see 11 standing at Jewellery Quarter in the original fleet livery. On its way to Wolverhampton St George’s the tram was seen on 8th June 2006. (Photograph by Gareth Prior) 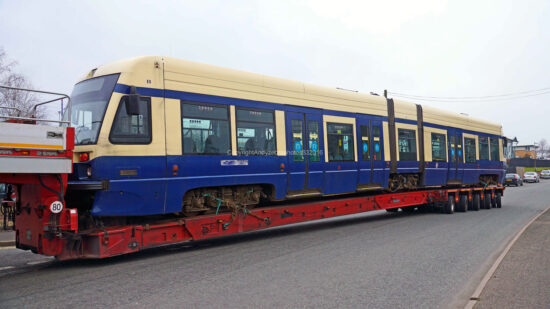 8th March 2016 and 11 is seen on the back of the Allely’s low loader as it leaves Wednesbury Depot for Long Marston. (Photograph by Andy Walters)