As reported elsewhere on these pages the heritage trams of the “C” fleet were joined by the modified Balloons of the “B” fleet over the May Day Bank Holiday weekend in Blackpool. The highlight of the weekend was the return to service of Brush 631 after workshop attention over the winter which has seen it regain a coat of green and cream although the return to passenger service of Balloon 701 after an absence since 2010 was also welcome by enthusiasts. Photos from Ralph Oakes-Garnett and Mervyn Williams follow. 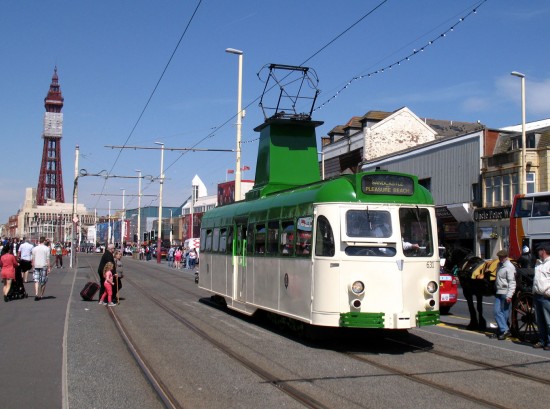 The star of the weekend Brush 631 passing Central Pier on 6 May. (Photo: Mervyn Williams) 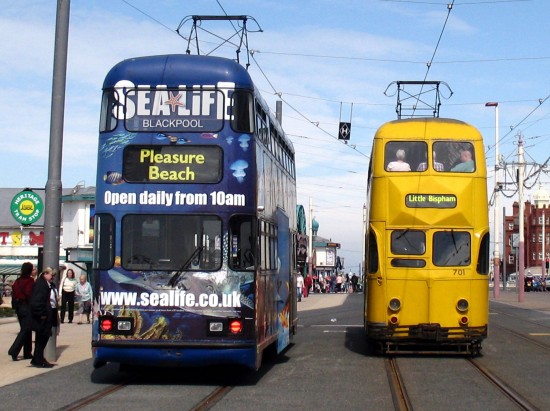 Modified Balloon 709 retaining its all over advert for the Sealife Centre is seen alongside Balloon 701 at North Pier on 6 May. (Photo: Mervyn Williams) 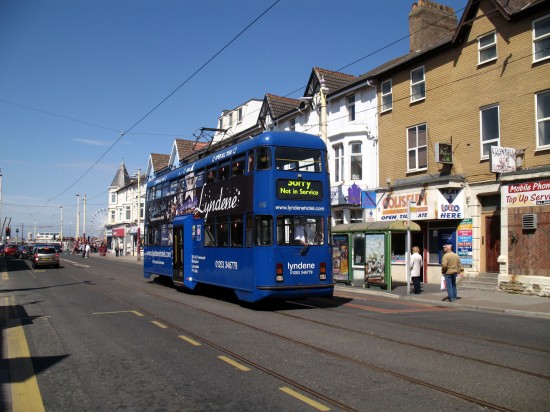 Modified Balloon 724 travels back down Lytham Road after its time in service was over on 6 May. (Photo: Mervyn Williams) 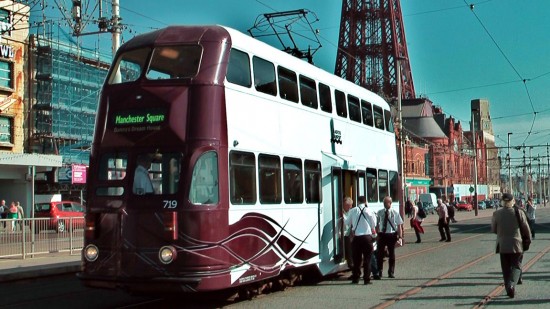 Modified Balloon 719 at North Pier as it prepares to head back to Manchester Square on 6 May. (Photo: Ralph Oakes-Garnett) 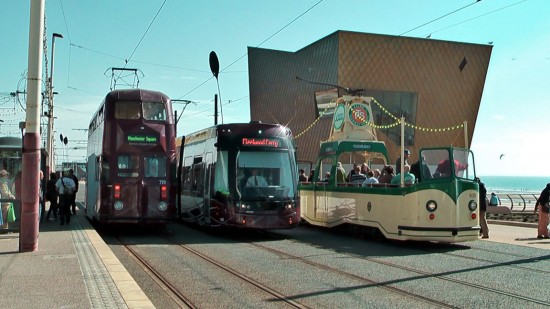 2 Responses to In Pictures: Bank Holiday trams in Blackpool