Whatever Happened To? Midland Metro 09

Posted on Tuesday 12 January 2021 by Gareth Prior

We continue our way through the Midland Metro T69s to see what has happened to them since their withdrawal.

As we pass the halfway point of this series we reach 09. This T69 was delivered to Wednesbury on 1st September 1998 and would remain in service from the start of operations at the end of May 1999 until Spring 2015. In the intervening period 09 had been involved in a collision during December 2006 with 10 which led to the two trams having to undergo repairs and both end up in mixed formations and that is how they would end their careers. When returning to service 09 lost the original fleet livery for the Network West Midlands style.

It was 14th March 2016 which saw the tram moved by Allely’s from Wednesbury to Long Marston and it remained stored in Warwickshire with its sisters for a couple more years. It was one of the trams which was sold by e-auction in early 2018 with Booth’s in Rotherham its eventual location where it succumbed to the scrapman. 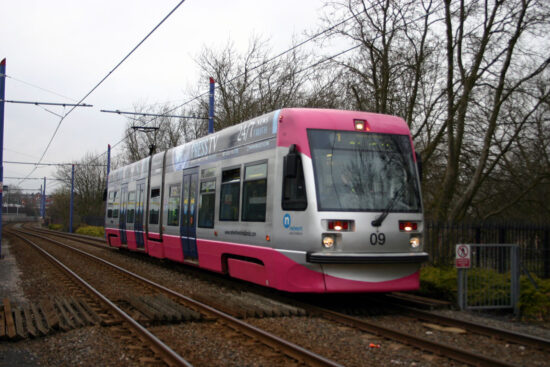 11th March 2009 with 09 arriving at Jewellery Quarter on the way to Birmingham. This was after it collision with 10. (Photograph by Gareth Prior) 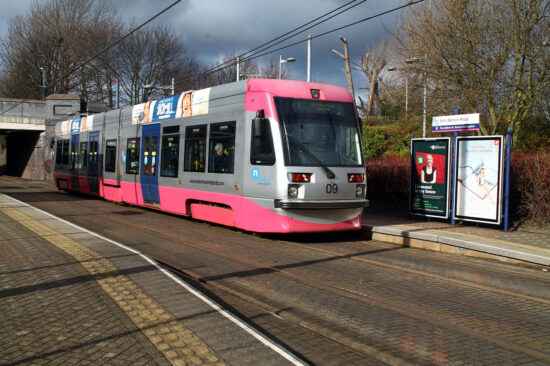 Nearly three years later and 09 remains in the Silver and Magenta livery as it calls at Soho Benson Road on its way to Birmingham. (Photograph by Andy Walters)