Around the World in Trams: Berlin 9035

Today we are again heading off to Berlin.

Having seen various trams which are in their second lives in Berlin after undergoing refurbishment works this week we feature a tram which is still in as delivered condition – Bombardier Flexity 9035. Built in 2015 we see the tram on route M1 as the famous television tower at Fernsehturm in the distance. This was on 4th February 2018. 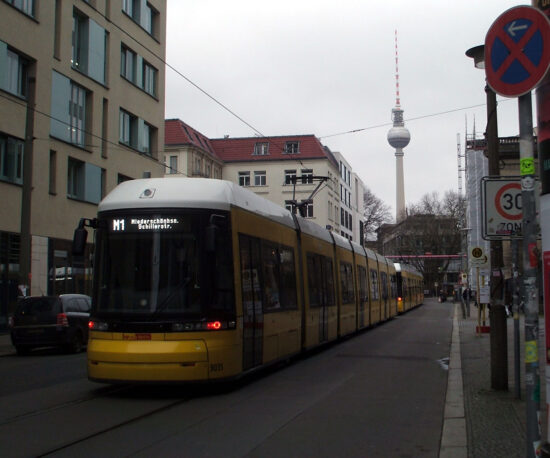