In this latest edition of “Trams &” we are going back to the Wirral for an image of a couple of trams alongside a bus.

This image was captured during the Wirral Bus and Tram Show on 4th October 2015 and is in the yard at Pacific Road which was once home to the trams before the Wirral Heritage Tramway was extended to Taylor Street and is still wired to allow for scenes such as this to be seen. At this Bus and Tram Show both of the specially built Hong Kong trams 70 and 69 weren’t required for service and so were displayed here along with some buses.

Of those buses immediately alongside the trams is Leyland Atlantean 1032. In Merseyside Transport livery this bus is now preserved and frequently makes appearances at rallies such as the Bus and Tram Show. 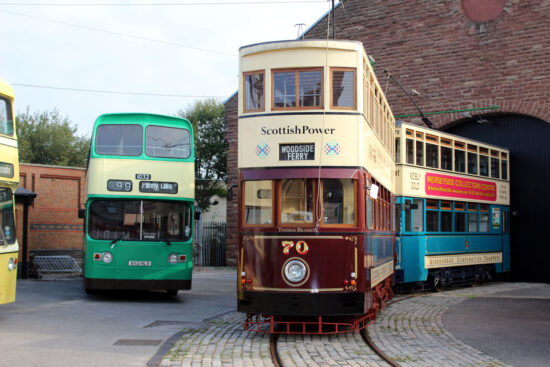