Posted on Saturday 12 December 2020 by Gareth Prior

In this edition of “Trams &” we are heading to Scotland’s only operating heritage tramway at Summerlee.

Probably the current “poster tram” of the Summerlee is Glasgow 1017 which is one of the most used trams on the short operating tramway at the museum which runs from the entrance to the mine for a small charge. This small single decker is one of two Scottish trams currently operational at the museum although a third will follow when the restoration of Glasgow 1245 is completed.

On 3rd July 2015 we see 1017 on a sunny day at Summerlee as it passes the large Garratt steam locomotive which is on outside display. Numbered 4112 this loco was built by the North British Locomotive Company in 1956 for export to South Africa. After a successful operating career it was then repatriated in 1988 and put on display at Summerlee. 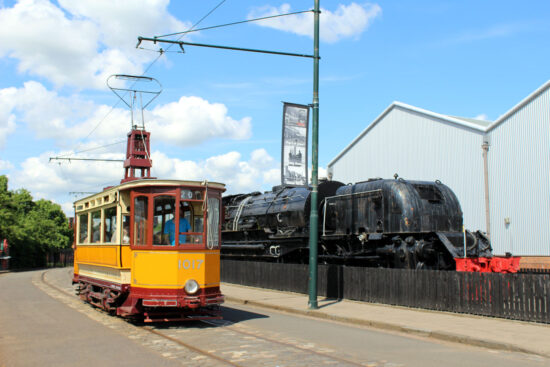