In this edition of “Trams &” we are going deep into the mud of the Llandudno Transport Festival in 2016.

The Llandudno Transport Festival of 2016 was held over the May Day Bank Holiday weekend on Bodafon Fields in the town and the Llandudno & Colwyn Bay Tramway Society’s replica tram no. 7 was one of the star exhibits being displayed on the old track bed of the tramway. Unfortunately, in the lead up to the event there had been heavy rain which means the fields had been left very muddy but that didn’t deter visitors who went to see the varied selection of vehicles along with some trade stalls.

Alongside no. 7 is a Fordson Major tractor which was converted to four wheel drive by Roadless traction many years ago. Photo take on 1st May 2016. 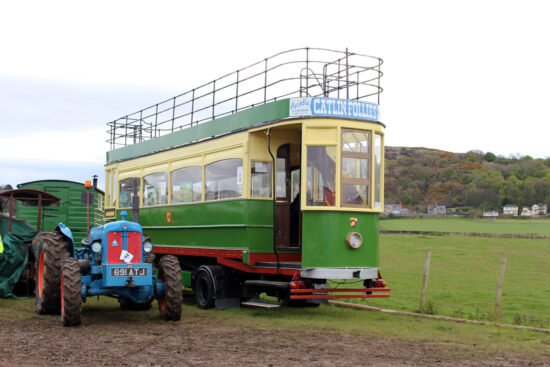