Whatever Happened To? Midland Metro 02

Posted on Tuesday 24 November 2020 by Gareth Prior

It’s the second instalment of this series looking at what happened to the Midland Metro T69s.

Not unsurprisingly the second of the trams we take a look at is 02 which arrived in the West Midlands nearly three months after 01 – on 12th May 1998. It would be over a year later that the tram would first run in service with the line opening on the very last day of May 1999. 02 would continue to run in service until December 2009 when it kept up its second places with its following on from 01 as being withdrawn.

It would end up being the third T69 to leave Wednesbury Depot (ruining its nice second pattern) when it was transported to Long Marston on 7th October 2014 (it was the second to leave in that October if that counts towards its aim of always being second!). Hanging around Long Marson for a further almost four years it was sold for scrap via auction being moved by Allelys to Rotherham in 2018. 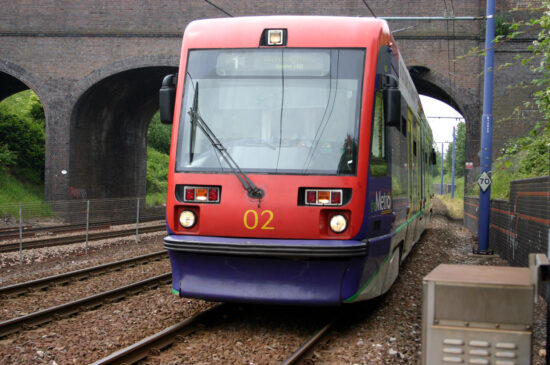 02 is seen arriving at The Hawthorns on 8th June 2007 bound for Birmingham Snow Hill – around two and a half years before final withdrawal came. (Photograph by Gareth Prior) 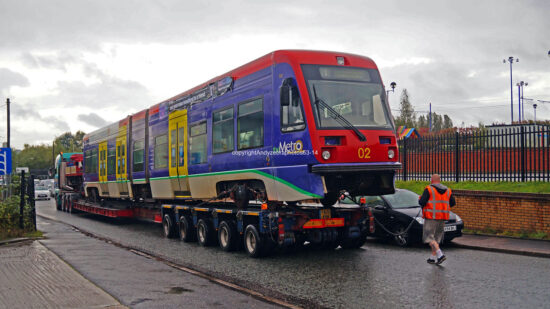 7th October 2014 and 02 leaves Wednesbury Depot for the last time – just in a very different way to how it departed it when in service. With Allelys doing the honours the lorry with 02 on board is manoeuvred away from the depot. (Photograph by Andy Walters)