Around the World in Trams: Innsbruck 4

Posted on Saturday 14 November 2020 by Gareth Prior

We just have time for one more photo from Innsbruck before our world trip moves on.

This image is again on the Stubaitalbahn and shows no. 4 at Mutters (thank you for large station names boards!) – this is one of the intermediate stations on the line. This car was built by Grazer Waggonfabrik in 1905 (the year after the line was opened) and differs in style from the original three motor cars. It is seen here in July 1964 still in its original brown and white livery which had mainly been replaced by Innsbruck red and white by 1964. 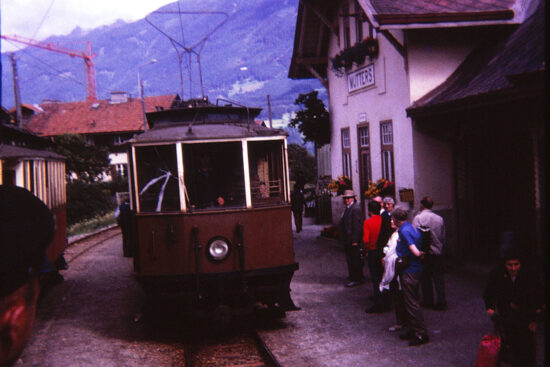