Since Leeds 6 returned to the Heaton Park Tramway after operating at Beamish Museum for the last three years, a significant amount of work has been undertaken on the tram in order to return it to a more dignified appearance before it returns to service at Manchester. Having spent much of its time at Beamish stored outside, 6‘s external condition left a lot to be desired when it returned home and volunteers are now working extremely hard to reverse the effects of the great outdoors.

Rubbing down of the exterior paintwork has continued, with the no. 2 end fleet number now noticeably absent! New beading has already been prepared for fitting to the dash panels at both ends, and much re-sealing work has also been carried out on the body side panels. The platform ceilings have been paint stripped; along with various other interior fittings, this will soon be ready for repainting. Work commenced on Sunday 28th April to repaint the wing mirrors which have been removed from the tram for repair, following on from the application of fresh paint to the platform steps. Finally, the car’s truck is being thoroughly cleaned up.

Due to the lack of space inside the current depot at Heaton Park, 6 is currently stored within a secure compound at the front of the depot. When not being worked upon, the tram is covered by protective tarpaulin sheeting in order to protect the woodwork which has been left exposed whilst preparation for painting is underway. Its appearance at present is therefore reminiscent of the time it spent at the Middleton Railway in Leeds, many years before it joined the Heaton Park Tramway fleet.

For all the latest pictures illustrating recent progress on Leeds 6, don’t forget to keep visiting the tramway’s official Facebook page. 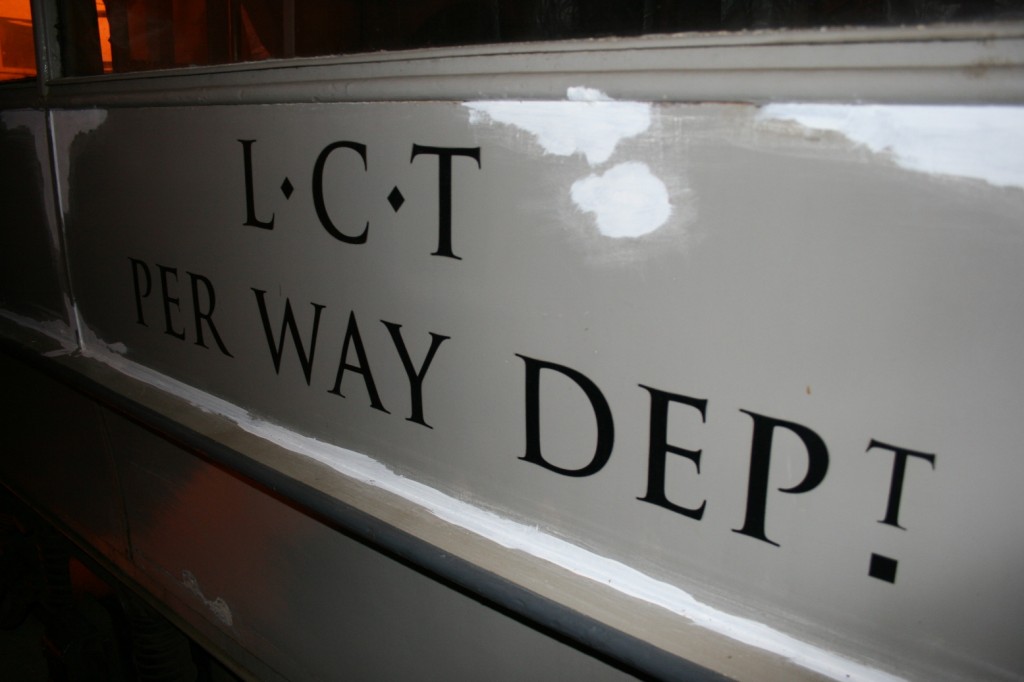 A close-up view of one side of Leeds 6, showing where the deteriorating bodywork has been filled in. This view dates from 23rd April 2013. (Photo by Joe Savage)