Last time out in this series we saw work underway at the East Anglia Transport Museum in preparation for the arrival of London Transport 1858, and this week we see the tram on its way!

London Transport 1858 had been saved for preservation in 1952 following the closure of London Transport’s last tram routes but it was to be another twelve years before the tram would find its way to what has become its permanent home in East Anglia. In the in-between years it was displayed at Chessington Zoo – now better known as the Chessington World of Adventures – and there is stayed until 1964 when the management of the Zoo wanted the area it stood for a new development. After a number of options were examined it was decided that the East Anglia Transport Museum would be its new home and after fundraising it made its move east. 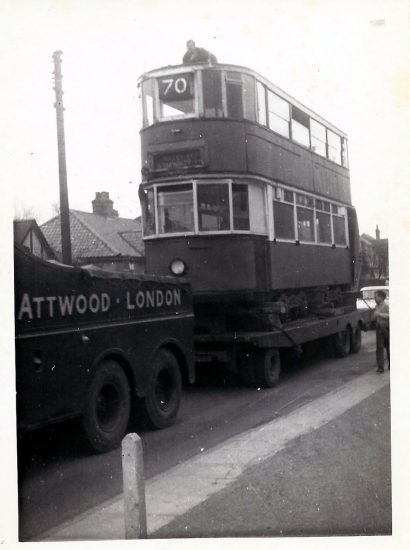