Around the World in Trams: Oslo 112

Posted on Saturday 4 July 2020 by Gareth Prior

Off we go to Oslo once more.

Today we feature SL79 112, which was once again built by ABB in Strommen. This was part of the first batch of cars built there in 1983 and soon entered service on the tramway in Oslo and has continued to give service to the city ever since. However, its days of running are set to be numbered with a new fleet of CAF Urbos 100 trams – to be known as SL18 in Oslo – set to be introduced over the next few years. The first prototype examples are due in Norway in 2020 for testing before the complete fleet of 87 trams is in the city and in service by 2024. 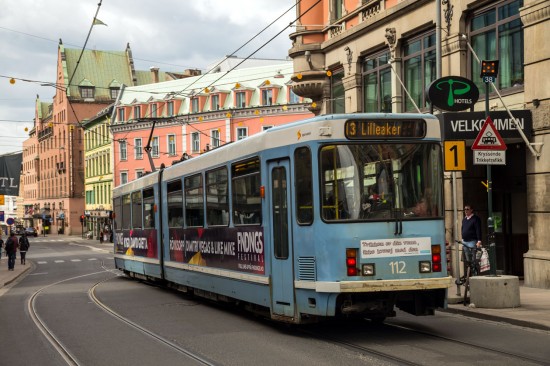