A few days ago we took a look at recent progress on the second phase of the Birmingham Westside extension and in this latest article we are at the other end of the West Midlands Metro network with images taken of the Wolverhampton City Centre extension. Whereas at the Birmingham end it is still a hive of activity it is a different case here as much of the infrastructure is already in place but can’t be completed until the redevelopment of the railway station nears its conclusion. Photos again come from Dan Noon.

This short extension – just 07.km in length – will see the trams diverge from the current line a short-distance short of the Wolverhampton St George’s terminus travelling down Piper’s Row (where the only intermediate stop will be provided adjacent to the bus station) and then onto Railway Drive with a terminus outside the railway station. It currently looks like trams may start running on this extension at some point in 2021 but is dependent on the ongoing development at the railway station. When it does open every other service will run to St George’s with the others heading to the station. 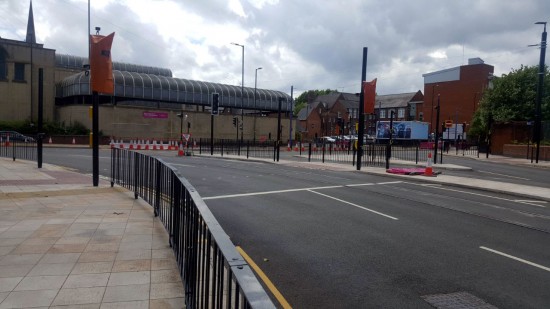 Looking from Piper’s Row to the current line with the new track in the foreground. 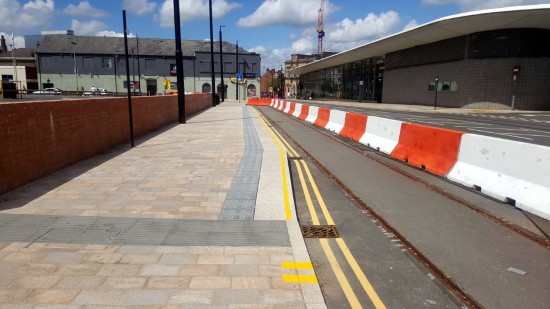 Outside the bus station on Piper’s Row with the railway station bound platform seen here, although no stop furniture has yet been added. 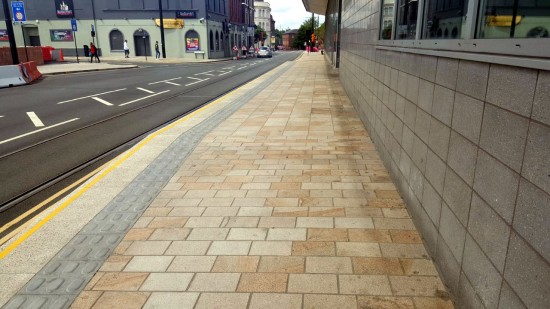 And the platform for trams heading away from the railway station is seen here. This is directly adjacent to the bus station giving seamless connections. 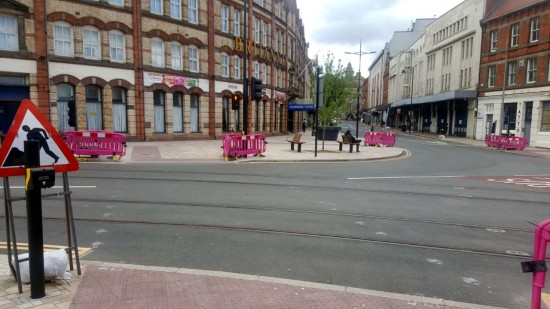 A view here as the track turns from Piper’s Row to Railway Drive. 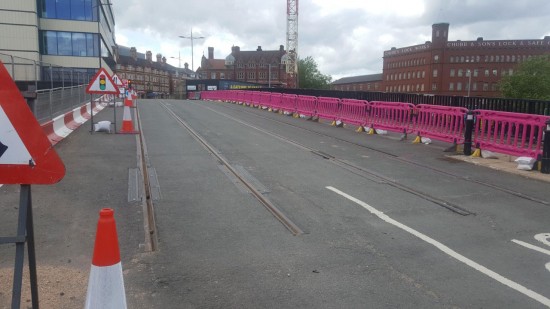 As far as the track goes at the moment, but further construction will follow in due course. (All Photographs by Dan Noon, 21st June 2020)