Around the World in Trams: Oslo 117

Another look at a tram in Oslo, Norway today.

The Oslo tram system operate on overhead power and is a standard gauge network with a fleet made up of two different types of tram. Last time we saw one of the more modern double ended trams but here we see an older, single-ended, vehicle which is unable to run to either Rikshospitalet or Bekkestua.

117 is a SL 79 tram built in 1983 – one of 40 such trams constructed – and was built in Norway at the ABB factory in Strommen as part of the first batch of 25 trams. Carrying the standard Oslo livery of blue and white the tram is on route 12 heading to Majorstuen on 11th June 2016. 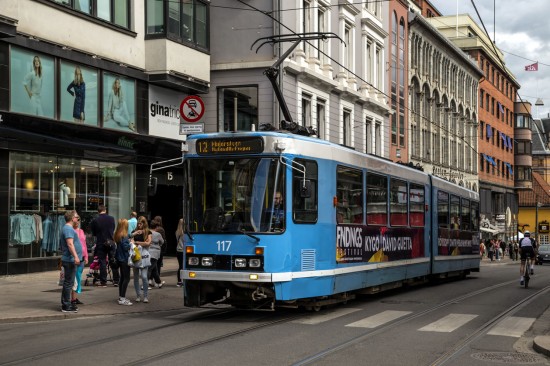