Posted on Saturday 19 September 2020 by Gareth Prior

We feature a pub which we’ve seen before in this short series as we head back to The Terminus in Chesterfield for a historic image of how the sign used to look in 1982.

When we last featured this pub (in this article) we saw both the “interesting” modern day sign and an earlier version featuring what looked like a Sheffield tram but in 1982 when the pub was visited it had a further sign in situ. Featuring an open top tram in something at least approaching Chesterfield Corporation Tramway colours it also sees a couple of crew members alongside as well as a driver on board ready for the off. 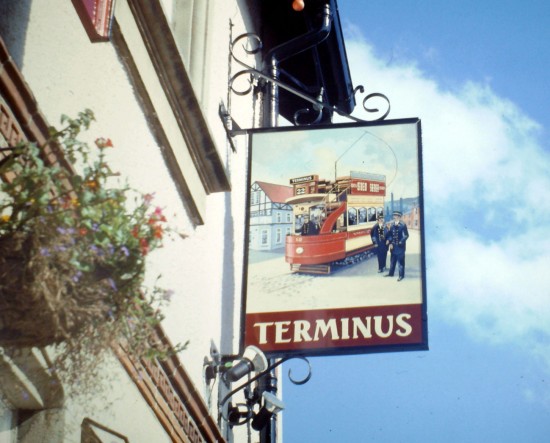 A look at the 1982 pub sign. (Photograph by Stephen Cobb)