In this latest edition of “Still Standing” we are heading to Yorkshire and the city of Sheffield to be more precise as we take a look at the old Tinsley Depot building.

Dating all the way back to 1873 when it was first used by the Sheffield Tramways Company as a stables before it became a running shed the following year it was used solely for horse trams until 1899 when following Corporation takeover the system was converted to electric operation as was the depot. Suffering a fire to the body shop in 1910 it also lost paint shop facilities in 1929 but continued to see use as a depot until 1959. After that it was a store for trams awaiting scrapping. The building remained in place and since the final closure of the tramway in 1960 it has seen a number of uses, the most notable of which may be when it was the home of the Sheffield Bus Museum (now in Rotherham and known as the South Yorkshire Transport Museum). 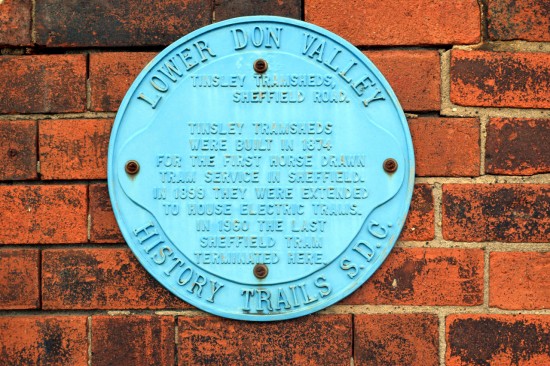 Not many entries into this series have an acknowledgement of their past but this is one! This blue plaque is back of the Lower Don Valley History Trail. 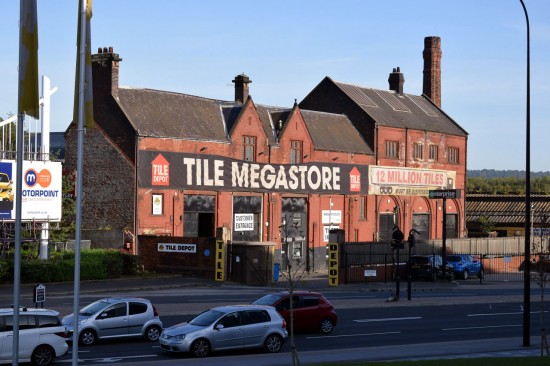 A general view of the building which is in use as a Tile Megastore with 12 million tiles available apparently! The large entrance doors to the various roads are still visible. 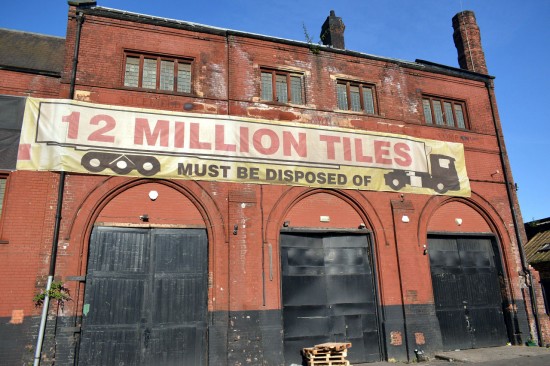 A closer view and here you can see the rounded arches of each entrance road which would once have seen trams coming in and out. 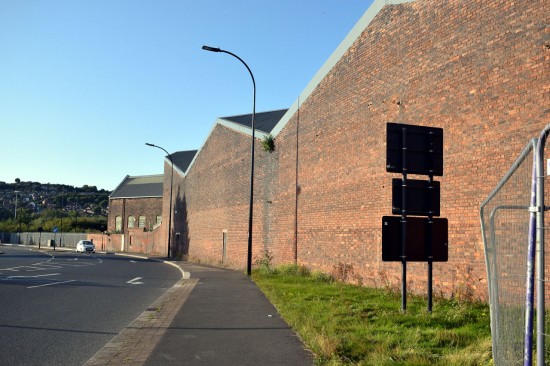 Round the back of the building. 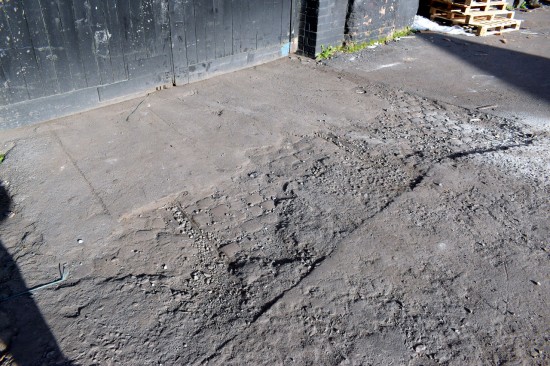 Concrete may have been put on top but with it starting to crumble away you can see the setts and also some remaining track. 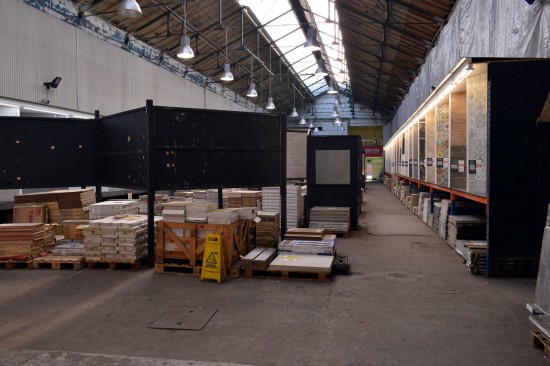 Inside the building with so many tiles available for purchase! (All Photographs by Dave Edwards)