As previously reported on British Trams Online work has started on installing the bridge over Nottingham railway station which will carry the phase two extensions of Nottingham Express Transit. We are now able to bring you a few images on the latest progress on the construction of the bridge which will be known as the Karlsruhe Friendship Bridge courtesy of Mervyn Williams. 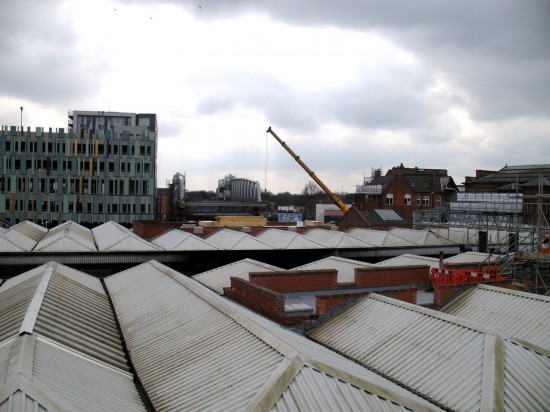 A view from the current Station Street terminus of Nottingham Express Transit across Nottingham railway station towards the first installed section of the bridge on the far side. (Photo: Mervyn Williams) 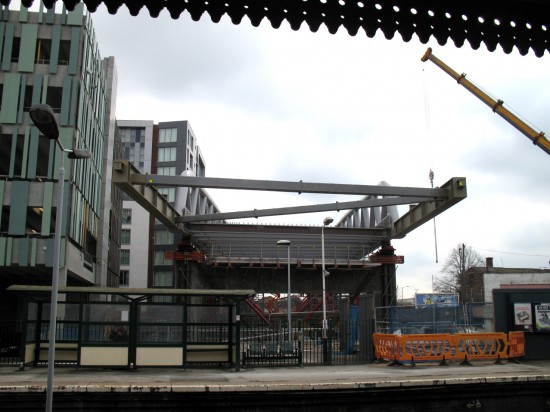 This image was taken from the railway station itself and shows the first section of bridge from below. (Photo: Mervyn Williams) 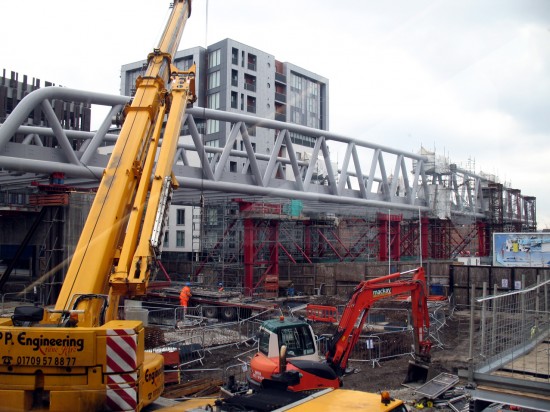 A side view of the bridge with various pieces of equipment on the ground. (Photo: Mervyn Williams)