In Pictures: 267 back in fleet livery in Edinburgh too!

Posted on Thursday 30 January 2020 by Gareth Prior

Not previously reported, or shown, is that Edinburgh Trams 267 is now also running in fleet livery. 267 had previously been advertising Spotify with the ads having been applied back in August 2019 – 262 also received the same adverts at the same time and returned to fleet livery during December. At around the same time 267 was also back into standard fleet livery. 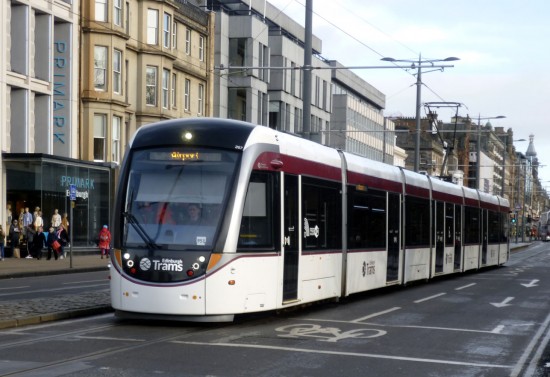 267 runs along Princes Street on its way to the Airport showing off its standard fleet livery now in place once more. (Photograph by Roy Calderwood, 28th January 2020)