In Pictures: Glasgow 488 in Paris

The past week or so has seen a lot of mention of Glasgow 488 following its surprise return to the UK at the Ffestiniog Railway’s workshops for a restoration to take place to enable it to operate at the East Anglia Transport Museum. We have featured several photos of the bottom deck of the tram arriving in Wales but we have now received an image of both decks of the tram together whilst 488 was on display at the Paris Transport Museum. 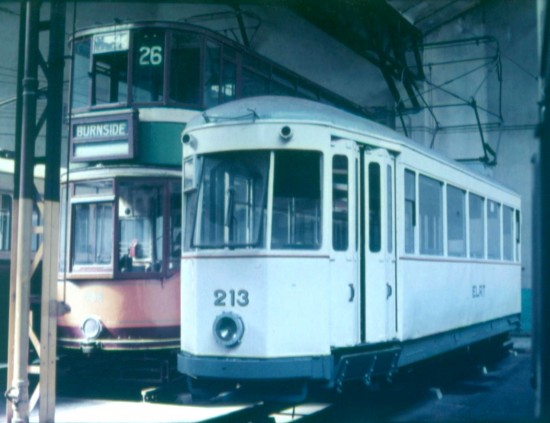 Glasgow 488 in the AMTUIR museum at St Mande in September 1982 with a tramcar the ELRT system (Lille-Roubaix-Toucoing) alongside for company. (Photo: Helmut Gieramm)