As has been reported very extensively on British Trams Online Manchester Metrolink services are now running to Rochdale Railway Station following the opening of that extension on the last day of February. Although the tram stop is Rochdale Railway Station it is actually situated outside of the station (unlike say Altrincham where the Metrolink platform is part of the station complex) but that doesn’t mean you can’t take a photo of a tram from the railway platform! 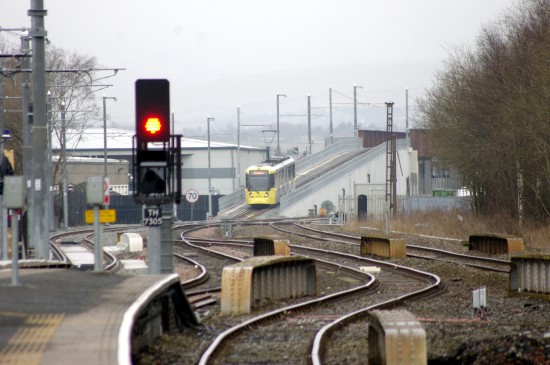 3005 approaches the end of its journey at Rochdale in this view taken from the end of the platform at the Railway Station. (Photo: Harold Hull)