With 2020 marking the 125th anniversary of the Snaefell Mountain Railway we step across to the Isle of Man for this edition of “Picture in Time” and head up to the summit some 60 years ago.

In this photo we see no. 4 which was one of six vehicles built for the opening of the Snaefell Mountain Railway in 1895. By the time this image was captured 4 had received the nationalised green livery – one of two to do so with the other being no. 2 – with this colour scheme having been applied in 1958. The car would remain green for five years with it becoming the very last tram on either the SMR or MER to have this less than popular colour scheme removed. No.4 last operated in 2015 and is currently under overhead at the Snaefell Car Sheds.

Back to the photo and we see 4 at the summit as family photos are taken on what looks a mixed day weather wise in 1960. Regular British Trams Online contributor, Steve Hyde, is seen on the far right. 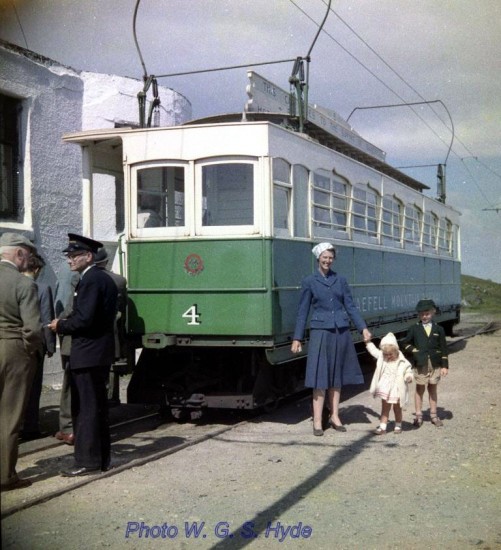