As has become the norm when there is a major event taking place close to Princes Street in Edinburgh, the tram service from the Airport was only able to run to West End from early evening on Monday 30th December until mid-morning on Wednesday 1st January. The standard operating pattern used at times such as these was in operation again with trams from the Airport terminating in the usual inbound platform at West End before departing from the same platform and using the crossover at Shandwick Place to regain the normal track. Roy Calderwood captured the following images of the temporary operation. 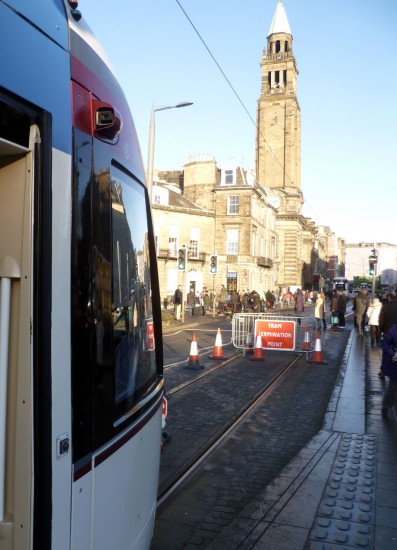 You shall not pass! West End with 261 in the platform and just in case the driver wasn’t aware signs to let them know they weren’t going any further! The overhead was isolated going further into the city. 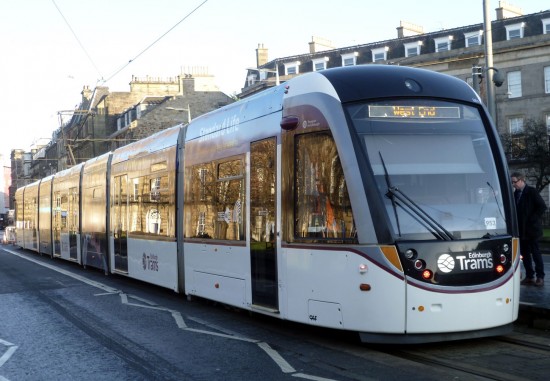 261 with the unusual destination of West End at the stop of the same name. 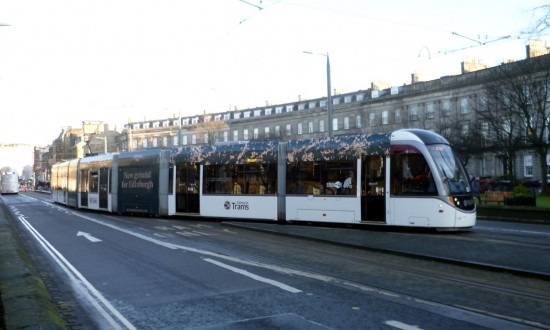 268 demonstrates departure from West End for the Airport as it uses the crossover. Atholl Crescent is in the background. 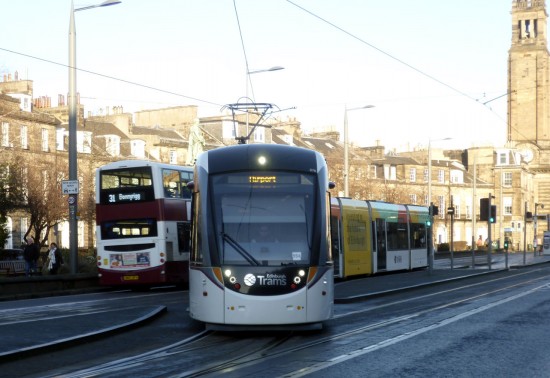 276 is also seen departing from West End for the Airport. 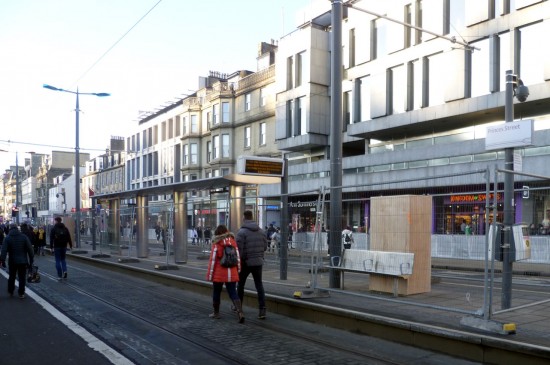 Safety measures were taken at Princes Street stop with barriers installed and the ticket machines covered by wooden boards. 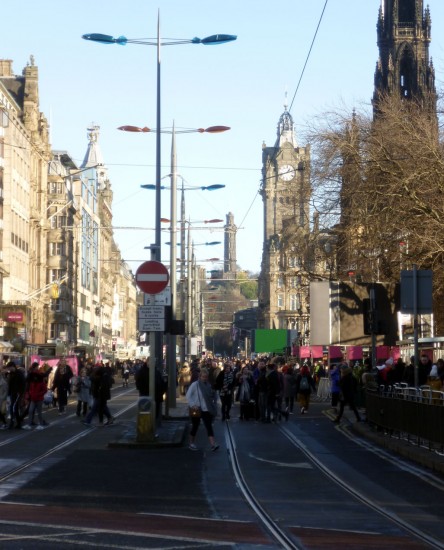 If you ever wondered why the service needs to be suspended the crowds on Princes Street here give a clue. And this was still daylight before the main Hogmanay celebrations were underway. (All Photographs by Roy Calderwood, 31st December 2019)