In the penultimate edition of “15 Years Apart” we are once more in Blackpool as we take a look at yet another Balloon Car – this instalment shows 711.

As we have throughout this series we start off in 2004 and show 711 at Pleasure Beach on 5th September 2004. This tram was one of the Balloon Cars to have enjoyed a full overhaul in the 1990s which featured many more modern features whilst still retaining the essence of a Balloon Car and by 2004 was still in the 1990s style of green and cream livery with side adverts for The Salvation Army carried during 2004. It is off to Starr Gate. 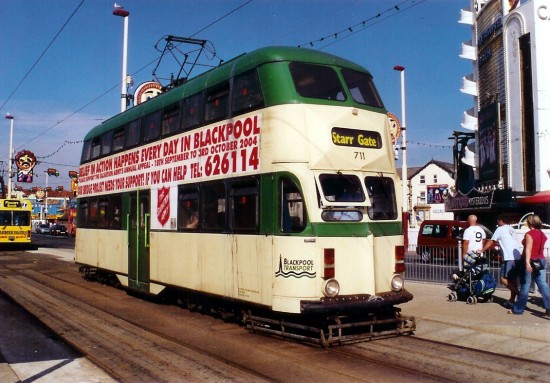 In 2019 and 711 is a member of the “B fleet” of Balloon Cars which received widened centre entrances for planned use on the upgraded tramway. Although for most of these trams their only use is on heritage tours for 711 it is a very different case as it was the sole “B fleet” car to be used for this role in 2019. Being used most Mondays to Thursdays during the illuminations it ran specials along the Prom as an experiment to see whether a more regular use could be found for them. The tram is at Pleasure Beach on 26th September at the LRT platform heading for Little Bispham with top deck closed. 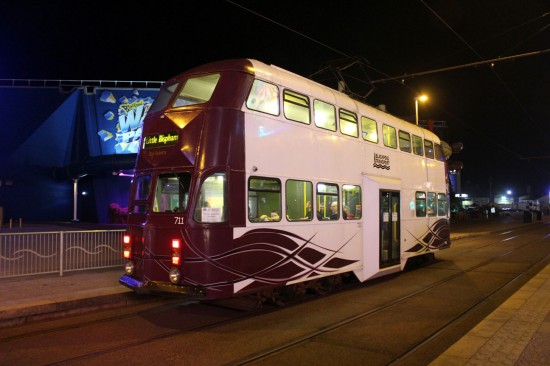