We take a break from looking at photos of Blackpool trams as they are back in the capital with a view of one of the original Bombardier built CR4000s for Tramlink, its 2550.

The 2004 image shows 2550 in the Red and White original livery as it departs from East Croydon with a route 3 service to New Addington. As well as being in the original livery it also has the original roller destination blind and has limited external advertising just seen on the side of the tram. The date is 1st November 2004. 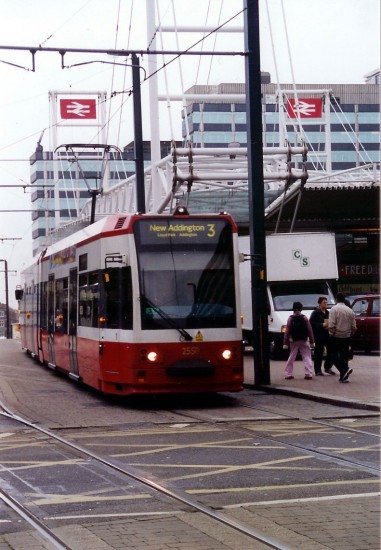 Then on 14th February 2019 and we catch-up with 2550 some 15 years later with the tram again at East Croydon. This time though it is heading westbound for the central Croydon loop and West Croydon (although it will get to West Croydon and continue onward bound for New Addington). The new livery and electronic destination screen are in situ. 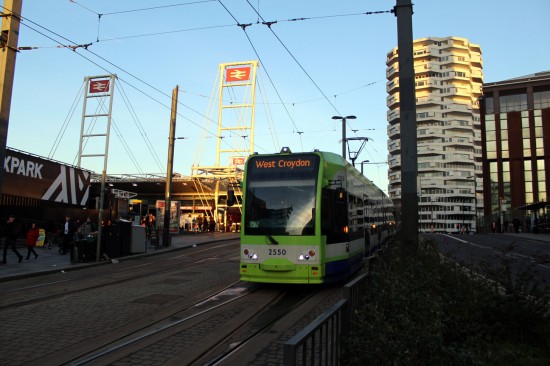