On Christmas Eve we head to the Docklands Light Railway before the service comes to an end for a day’s break tomorrow to take a look at one of the system’s vehicles “15 Years Apart”.

In both of these photos we are looking at 45, the lowest numbered of the Class B92 trains built for the line by BN Construction in Bruges, Belgium between 1992 and 1995. At the time of this photo – 8th March 2004 – 45 was running in an all over advert for the London Knights Ice Hockey team (ignoring the fact that they had already played their last game so it wasn’t helping publicity to get fans through the door that’s for sure!). The rear unit of a service calling at Poplar 45 is joined by fellow B92 78 in this view. 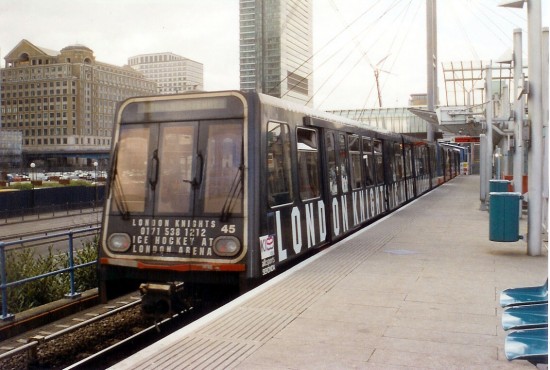 We move on to 10th August 2019 and again we see 45 although it is in a much brighter livery nowadays! Carrying the now standard fleet livery of red, blue, grey and black 45 is at the head of a double unit (43 the other unit) as it is seen at All Saints with a Stratford to Canary Wharf service. 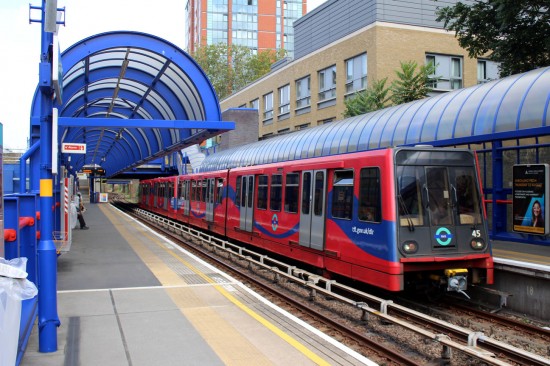