Posted on Monday 23 December 2019 by Gareth Prior

These two photos both show the tram as it was out of service and in the 2004 image we see the Motor Car in the Paint Shop where it has been repanelled and is awaiting repainting as part of its mini-overhaul. Five of the Twin Cars received these overhauls around this time to enable them to be promoted to regular operation on the Starr Gate- Fleetwood service following the banning of double deckers to the northern terminus, with set 5 being the second (set 2 was the first). At this point in the overhaul the motor car was found in the Paint Shop waiting for a new paint job into the Red and Yellow Metro Coastlines livery, as captured on 12th September 2004 during a depot open day. 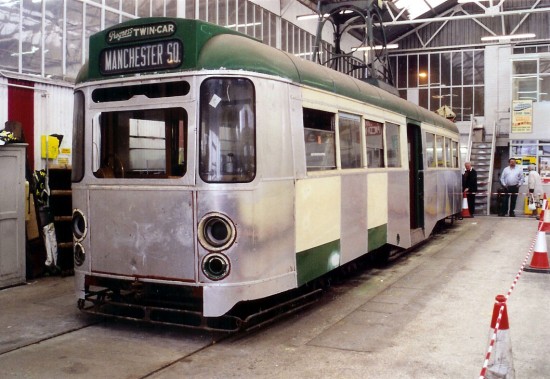 Onto 2019 and although the Twin set is all as one again it is also out of use with the tram this time awaiting a rewire before it can be considered for service again. The tram has been repainted into the 1970s Green and Cream livery style including orange trolley tower during a heritage refurbishment in 2015 but would only run until 2016 in this style before being withdrawn requiring a rewire. 675+685 are “on the list” for the new electrician to take care of once Boat 230 is completed. The tram was dragged out onto Hopton Road on 28th September 2019 during the September Spectacular event. 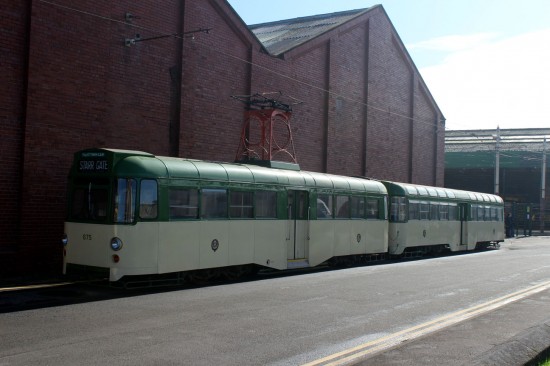