We go modern again for this look at trams “15 Years Apart”, although with us featuring the Docklands Light Railway it is more a case of light rail vehicle than tram.

The feature of both photos here is 05 which is one of the final batch of similar trains built for the DLR by Bombardier. Constructed in 2001 the B2Ks were very similar to the previous B90 and B92 trains and at the time of this photo had been in operation for some three years. We see 05 in this 2004 view at the old Stratford terminus (much more cramped than today’s rebuilt station) when it was partnered by fellow B2K vehicle 07. It was also carrying its original livery. 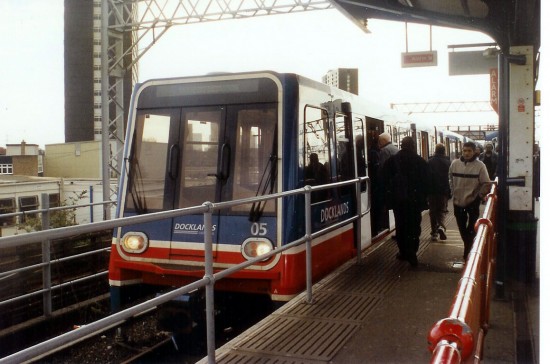 Then on 23rd March 2019 we see 05 running as part of a triple unit (joined by 87 and 72) arriving at Deptford Bridge on the Lewisham line. In the intervening years 05 has received a new livery with the more attractive “river” style livery now being carried. The future for 05, however, isn’t too rosy as like all these vehicles it will be replaced by new walk through trains. 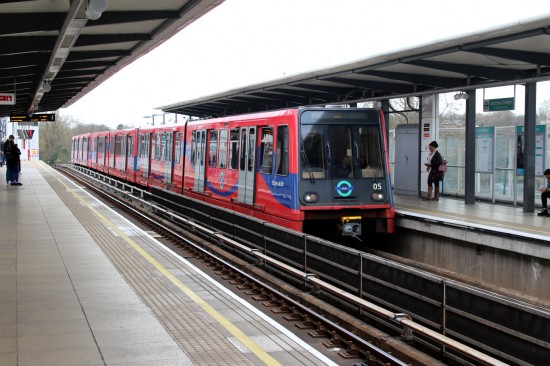