Our second new photographic series for December will include photos taken during 2019 showing some of those trams across the UK which ran in service during the year. Another 32 part series this one will be published each day at 1400 and will show just a cross-section of those trams which ran as there were over 100 which did so during the year which if we included all of them would end up being an epic! As you would expect this series will mainly feature trams from both Blackpool and Crich and in this first edition it is Crich where we head for images of Leeds 345.

345 has been part of the operational fleet at Crich since 2012 and seems to be regularly out in service with its fully enclosed condition proving popular with both crews and visitors alike.

In the first view below we see 345 situated in the depot yard where it was stabled waiting for its fellow Leeds trams to form a special photographic line-up. 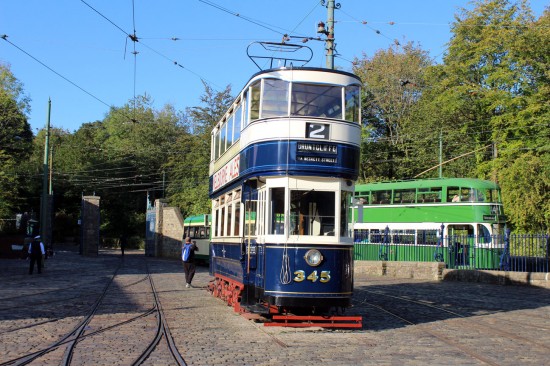 Then in the second photo 345 is coming towards Wakebridge through the gloom of 22nd September 2019, headlights and saloon lighting ablaze. 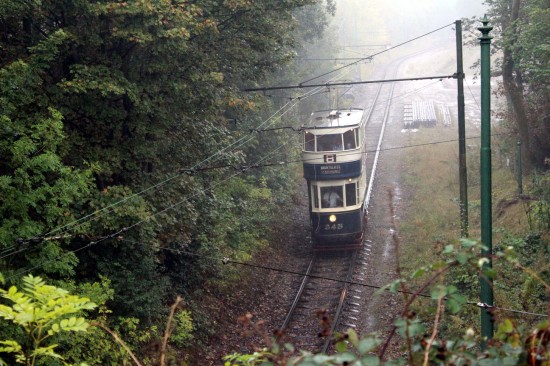