Throughout December we will be taking a look into the archives once again in this new 32 part series scheduled to be published each day at 1000 – 15 Years Apart. “As it says on the tin” we will be taking a look at trams, 15 years apart with the first image taken in 2004 and the second during 2019. It will be a series which does have a fair Blackpool bias as many of the trams running there in 2004 look different in 2019 so that we can actually see some changes as other editions of the series it will be a case of “I can’t really see any differences!” We will also feature modern trams although systems like Manchester Metrolink aren’t included as the current fleet wasn’t around back in 2004! In this first part we head to Blackpool for views of Balloon 713.

In 2004 713 was not part of the serviceable fleet in Blackpool and this view of the tram shows it in the Body Shop during a Depot Open Day. At this time 713 was being overhauled having been withdrawn in the summer of 2002 and would not return to service until September 2005 when this work was completed. The previous four Balloon Cars to be overhauled had received the flat fronted Millennium style rebuild but for 713 it was to retain the traditional shape albeit with some modern additions such as the front bumper seen in the below photo already in situ. 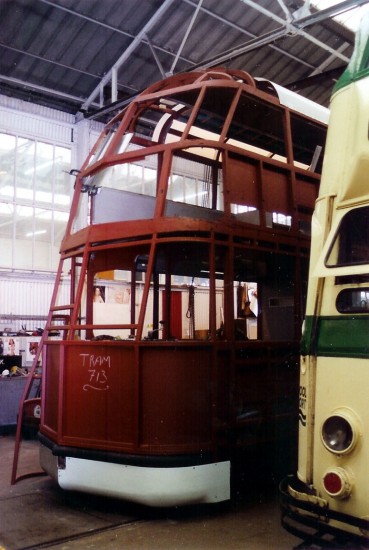 Moving forward to 2019 now and 713 is part of the “B” fleet of Balloon Cars with widened centre entrances fitted to allow them to operate on the upgraded tramway with the platforms. As has been written extensively over the years this use has been incredibly limited and as such 713 has spent most of the past few years on temporary loan to Heritage Tram Tours. And that is what it was doing when captured at Manchester Square on 29th September 2019. The tram carries a long-standing advertising livery for Houndshill Shopping Centre. 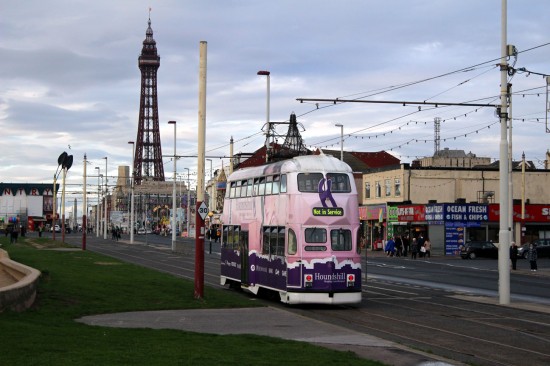