Posted on Friday 22 November 2019 by Gareth Prior

You may well be getting a bit bored reading about the continued travails of the service on the Tyne and Wear Metro (probably not as much as those trying to travel on it each day though!) but the latest performance statistics have recently been released which has shown a fall since the previous four weeks, although the positive spin on it is that it is still better than 12 months previously!

This four week period concerns the period 13th October until 9th November and the stats reveal that 75% of trains were considered to be on time (three minutes late or 30 second earlier than scheduled). This was a fall from the previous period of 7% but was also 7% higher than the same period in 2018.

The poster, as always, gives two issues that affected punctuality and this time around they include the overhead power line fault at Hebburn on 28th October which caused major delays and a train fault at Shiremoor on 2nd November. In both cases the “What we’re doing about it” section mentions the increased investment on the network including £20 million on renewing 106km of overhead wire.

Just as these stats were released the Metro was in the middle of another challenging week for the service with delays seen across the network for a variety of reasons. And then to cap it all off the passenger information displays failed leading to passengers having to rely on printed timetables and what should happen. On the positive side at least the Rail Head Treatment Trains have now been seen out and about on the line with Metrocars 4040 and 4068 top and tailing – 4040 is a unrefurbished unit whereas 4068 is refurbished and in normal service these can’t operate together but with the treatment truck in between it obviously isn’t a problem! 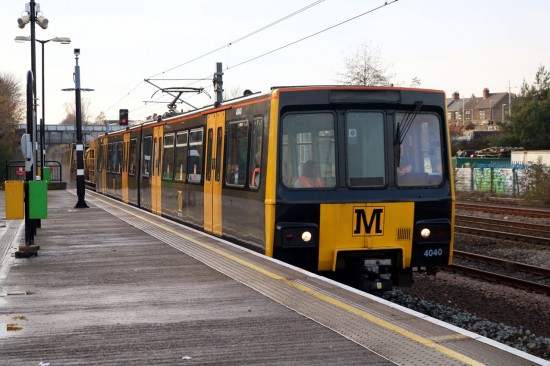