In Pictures: More from the Jasper Carrott naming

Posted on Saturday 23 November 2019 by Gareth Prior

As we reported on last week, Wednesday 13th November saw the latest naming on the West Midlands Metro with 28 being named Jasper Carrott in a special ceremony which took place at the new Town Hall stop on the Westside extension. In this additional pictorial we take a further look at the tram arriving and being named with images coming from Andy Walters. 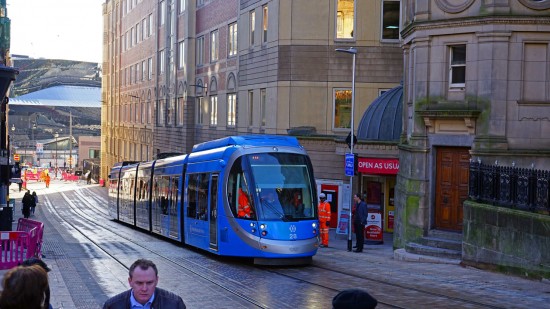 28, with name still covered, comes up Pinfold Street on the way to its naming. 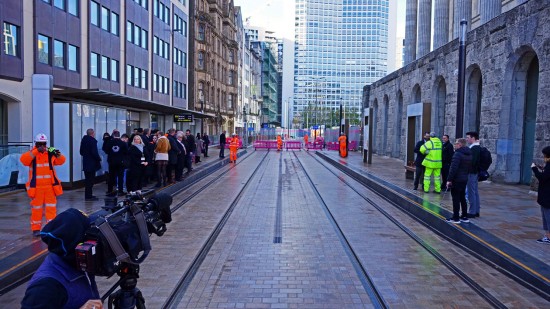 The crowds gather at Town Hall waiting for the naming with TV crews and dignitaries amongst those invited to the ceremony. 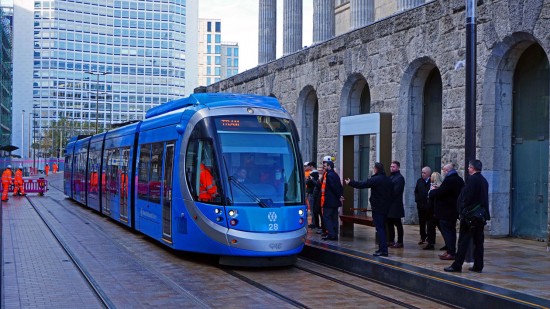 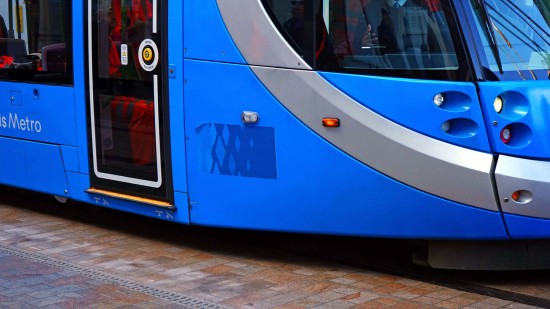 A close-up of the sticker covering the name on 28. 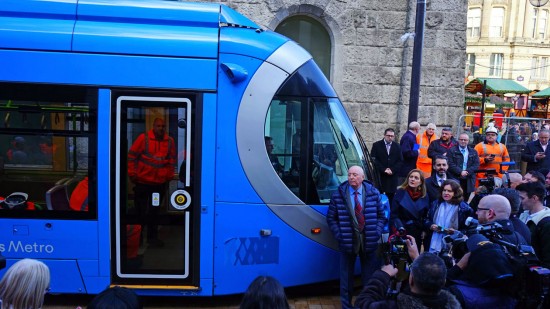 Jasper Carrott gets ready to unveil the name. 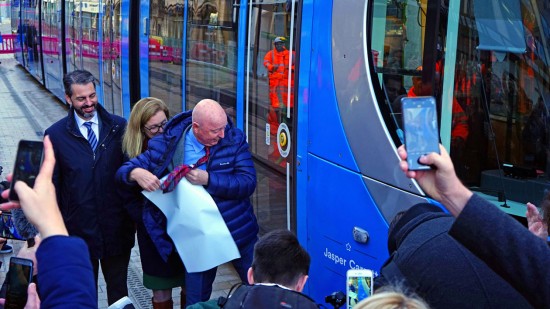 The name in unveiled. 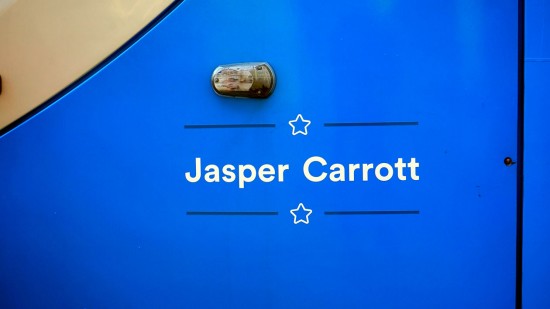 A close-up of the name. 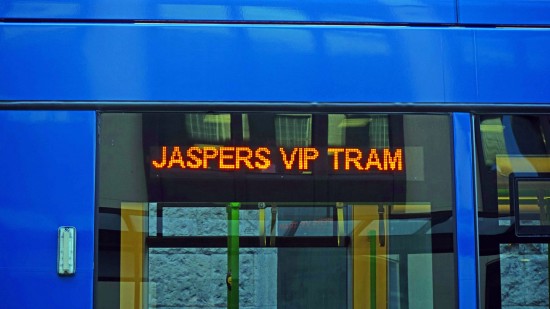