In Pictures: Testing starts beyond Droylsden on East Manchester Line

Posted on Saturday 2 March 2013 by Gareth Prior

Just when you think things might be calming down a bit on Manchester Metrolink you have to think again as the early hours of Friday 1st March saw the first trams run beyond Droylsden on the East Manchester Line. M5000s 3059 and 3061 ran coupled and having passed Droylsden they went as far as Ashton Moss. From here they returned to Audenshaw where they were stabled in the MPT construction compound waiting for further use. This is the start of the initial testing programme for this section of line which will see trams gradually get closer to the Ashton-under-Lyne terminus. 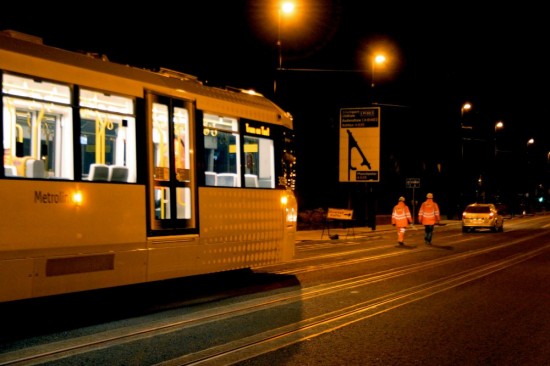 3059 and 3061 gently make their way beyond Droylsden as they become the first trams to run on the East Mancheter Line extension during the early hours of 1st March. (Photo: Frank Gradwell) 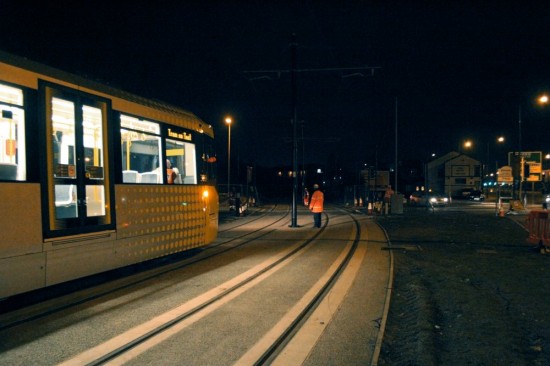 3059 approaches The Snipe as the initial gauging run continues. The last time electric transport ran here was in 1966 when the trolleybus ruled the roads. (Photo: Frank Gradwell) 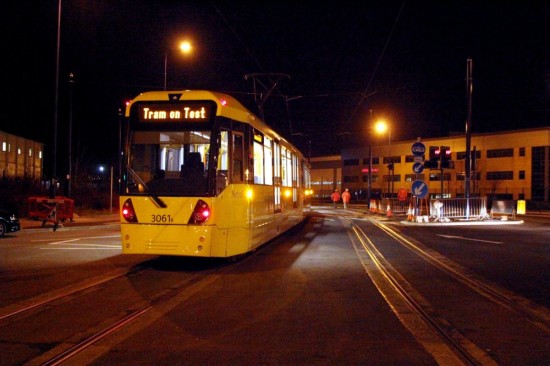 Having reached Ashton Moss the two M5000s turned back as seen in this image. (Photo: Frank Gradwell) 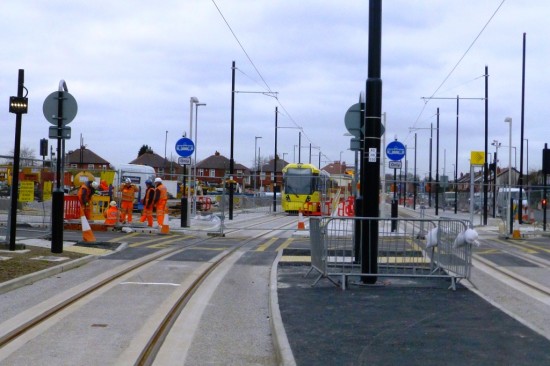 Daylight on 1st March and 3059 and 3061 are seen stabled in the MPT compound at Audenshaw. (Photo: Steve Hyde) 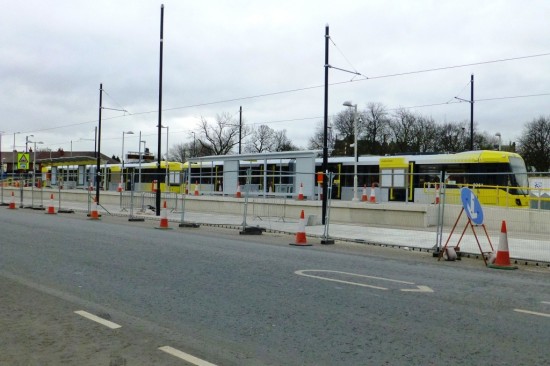 Another view of the pair at Audenshaw. (Photo: Steve Hyde)

16 Responses to In Pictures: Testing starts beyond Droylsden on East Manchester Line