In Pictures: Metro on the Metro

You can now pickup your weekday fix of free news on the West Midlands Metro with four boxes being fitted per tram to hold the paper – yes, that’s right you can pick-up the Metro on the Metro! Having firmly established itself as a part of daily commuters life across the UK the Metro is a free paper available at many railway stations across the country as well as various public transport offerings, including Stagecoach Supertram. And now West Midlands Metro has joined in! 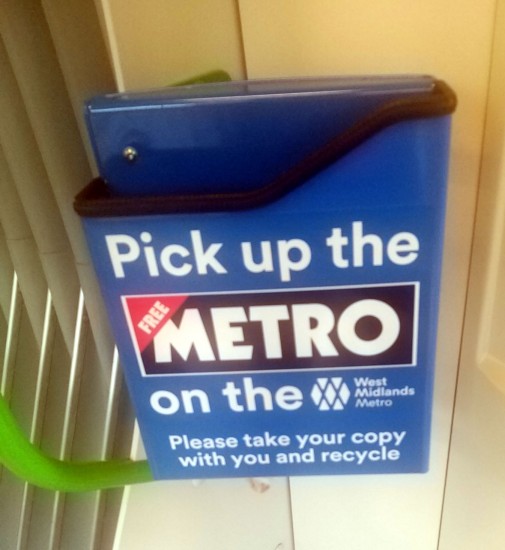 A full holder also showing the location by the doors. (Photograph by Andy Walters)