Posted on Thursday 10 October 2019 by Gareth Prior

A few weeks ago we reported that the adverts for Sheffield College which had been carried on Supertram 110 were removed leaving this tram back in full fleet livery but now there is another tram carrying advertising for Sheffield College – 102. As with 110 this is not a full advertising livery by any means with just a few window vinyls and above window adverts included. Once again the main part of this advertising campaign is to let people know when open days are being held at the college.

Meanwhile, a long-term absentee from service not previously mentioned has been 124. This was last seen in service way back in the middle of May and is now stabled outside of the depot most of the time. Its not known what the issue is and whether there are imminent plans for the tram to return to action.

And finally 122 has received some strange tape leading down from the top of one window towards the bottom of the tram. Again we have no clue what its purpose is! 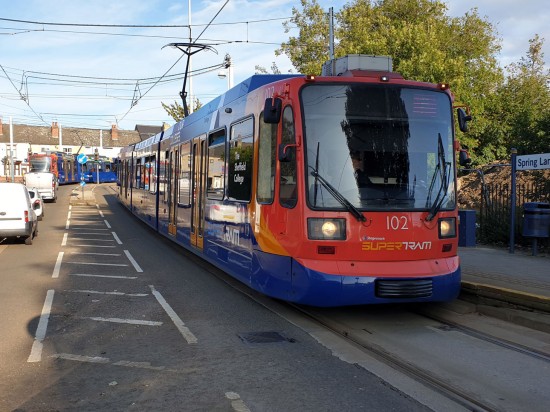 102 is seen here at Spring Lane with its Sheffield College adverts just visible. 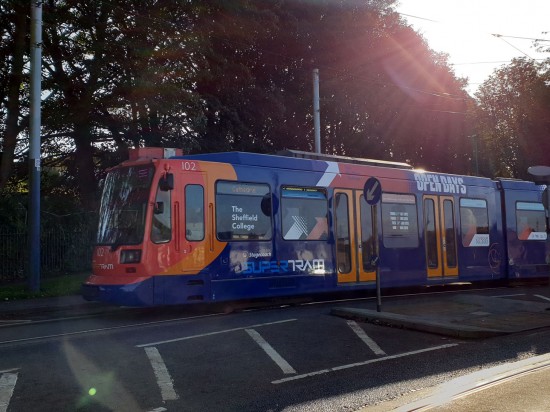 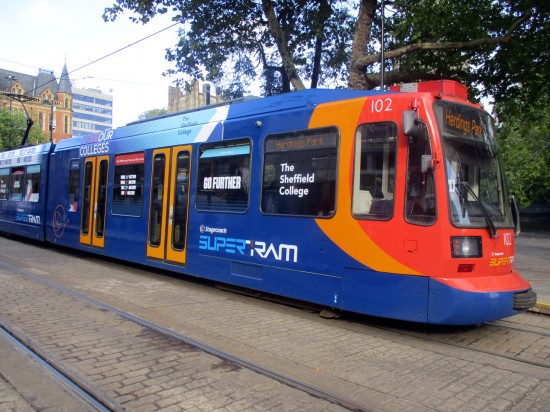 Another look at one end of 102 showing some more of the new advert. 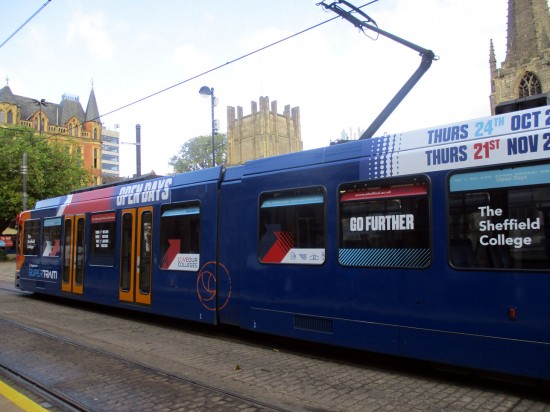 The centre section and other end of 102 at Cathedral. 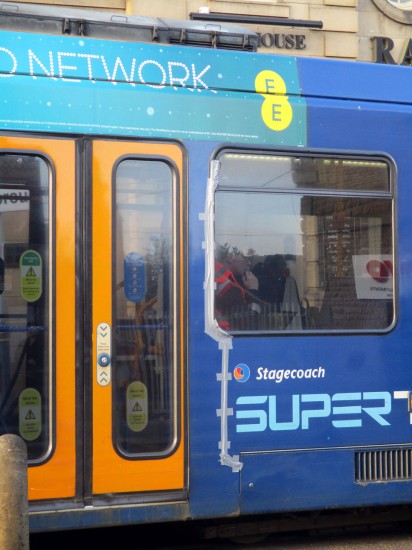 The strange tape leading down from the window of 122. (Photographs x3 by Stuart Cooke, 8th October 2019)