Posted on Saturday 5 October 2019 by admin

As was reported in the news pages on 24th September and 1st October the Heaton Park Tramway suffered what could have been a devastating blow when a section of overhead wire was stolen overnight on 23rd/24th September. However in a fantastic show of community spirit once the news of the theft of a length of contact wire and damage to the tramway on 23rd/24th September became known at TfGM it started a process which culminated in TfGM, Keolis Amey Metrolink and Pod-Trak a specialist transport engineering company with a base in Eccles coming together to assemble the resources and material to repair the damage as quickly as possible. What follows is a report from the scene from Steve Hyde showing the commendable efforts which has allowed the wire to be put back up in double quick time.

Joining forces with the Park management team and tramway volunteers all the necessary arrangements were put in place to deliver a section of replacement wire and mobilise a team of specialist engineers to repair the damage and install the wire. The work was planned jointly between the Heaton Park Tramway volunteer team, Keolis Amey Metrolink and Pod-Trak to ensure everything required was in place on the day so that once the Pod-Trak engineers arrived work could commence. Personnel from TfGM, Keolis Amey Metrolink, Pod-Trak and the Heaton Park Tramway volunteer team were all on site to assist in the work.

Thursday 3rd October was the designated day and the work proceeded to plan starting at the Lakeside Depot where a section of span wire had been cut. Once this was repaired the team moved on to the main job of repairing damage to a pole mounted bracket arm before installing replacement wire. Fortunately, the weather was much improved over the preceding days allowing good progress to be made and the work was completed by around 1600. There remains some testing and tidying up to complete before the tramway can re-open and this work is currently being planned.

Graham Thornton, Head of Tram Engineering Projects for Keolis Amey Metrolink, said: “We’ve got strong links with the Heaton Park Tramway – over the years, our staff have volunteered their expertise and time, so we simply had to help. We’ve sourced the wires they need and organised for Pod-Trak to carry out the repairs. These trams are a vital piece of Greater Manchester’s heritage and for us, and we’re proud to get the tramway operational again, for the volunteers and public to enjoy.”

Geoff Senior, Operations Manager at the Heaton Park Tramway, said: “Ours is the only tramway that operates on its original 1901 track. All our volunteers are so grateful for the support given to keep our tramway operating; we rely on gifts, grants and donations to survive, and we will always remember this marvellous response.”

Everyone involved is to be congratulated and thanked on the spirit of co-operation and the hard work put in to ensure that this popular heritage tramway can re-open as soon as possible. 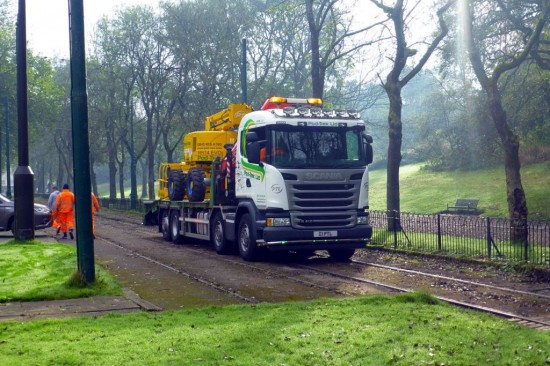 The Pod-Trak mobile elevated work platform arrives on site to provide access to the work. 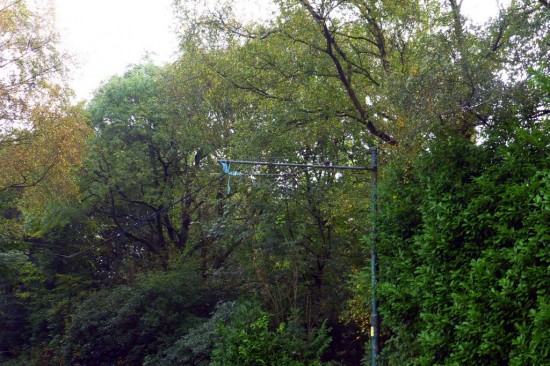 This view shows part of the damaged overhead wiring before work commenced. The Heaton Park volunteers had previously made the area safe by temporarily strapping the wire end back in the air with straps. 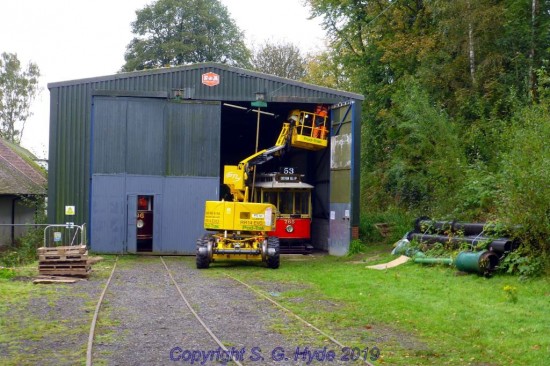 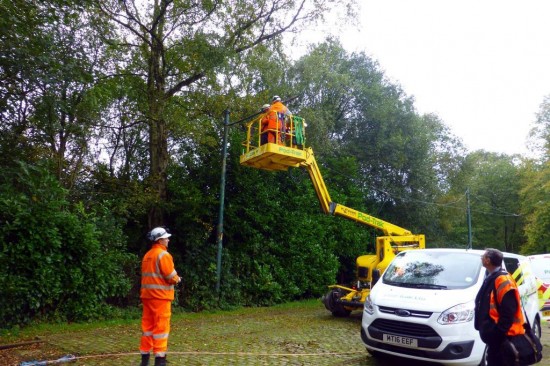 The teams now move over to the site of the cut wires and commence repairs to a damaged bracket arm before running out replacement contact wire. 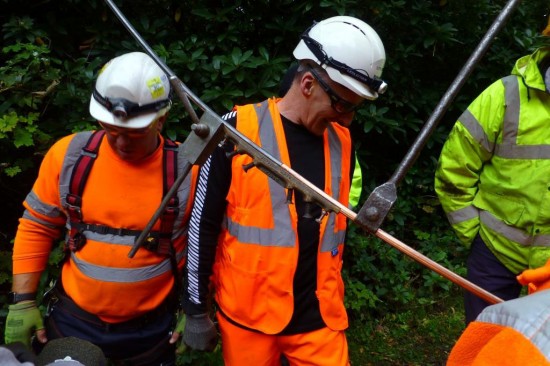 The replacement wire is spliced to the remaining section of the original wire. 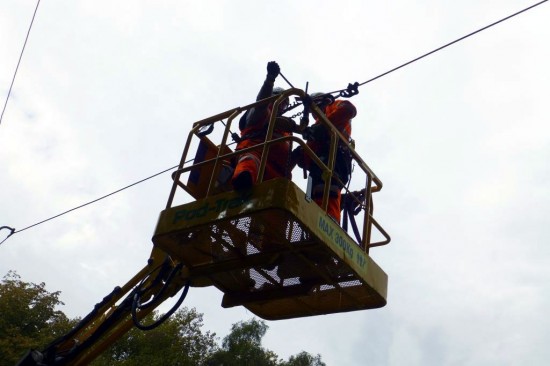 A second splice is installed between the replacement and original wires to form a continuous contact wire. 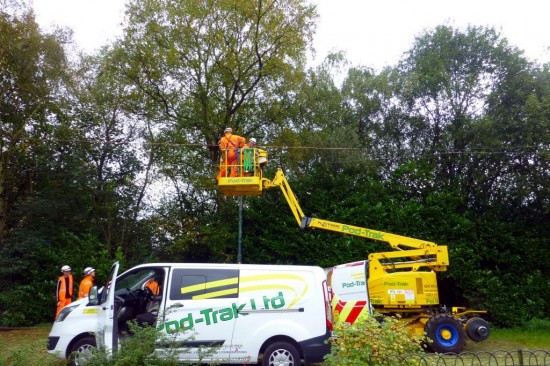 Engineers completing final fixing of the wire onto the repaired bracket arm. 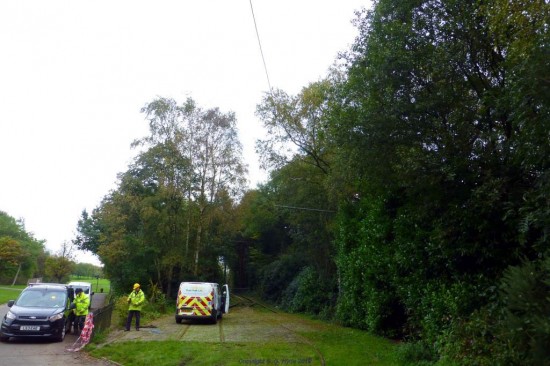 The completed repair can be made out now with the replacement wire fitted, tensioned and aligned. (All Photographs by Steve Hyde, 3rd October 2019)