Posted on Saturday 31 August 2019 by Gareth Prior

Another image coming from Nottingham for this week’s modern tram edition of Picture in Time.

This time around we take a look at Incentro 208 – one of the 15 trams assembled at Bombardier’s Derby works in time for the network to launch in 2004. By the time the line opened the day before this image was taken – with the tram recorded on camera on 10th March 2004 – a number of advertising contracts had been signed although for 208 this was not to include a full vinyl wrap but it did have extensive above window adverts. In later years a central section advert was also added. This photo was taken at Royal Centre with the tram heading to the then terminus at Station Street. 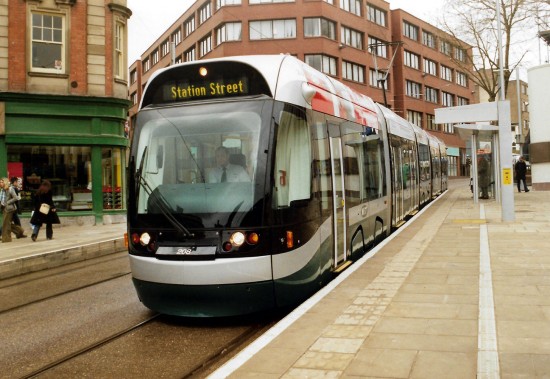