In Pictures: Lowestoft 14 sees the light as Amsterdam 474’s truck heads off

Posted on Wednesday 31 July 2019 by Gareth Prior

Friday 26th July saw the next stage of Amsterdam 474’s truck overhaul with the extracted truck being moved out of the depot and sent off for repair. In order to allow the truck to be taken away the elusive Lowestoft 14 was towed out of the depot making a very rare outside appearance as it continues its own restoration. Work has been continuing on 14’s extensive restoration with recent concentration being on the upper deck decorative metalwork.

Elsewhere at the East Anglia Transport Museum the new trackwork on the East Suffolk Light Railway has now been tested. This extension of the railway includes a crossing over the former tramway siding which will eventually be the starting point a new tram line into the enlarged museum site. 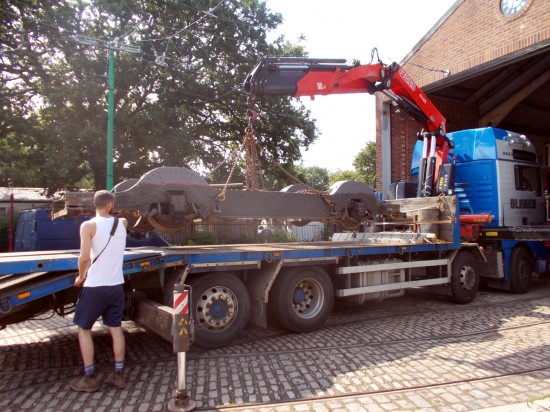 Amsterdam 474’s truck is lifted on the lorry for movement to allow repairs to take place. 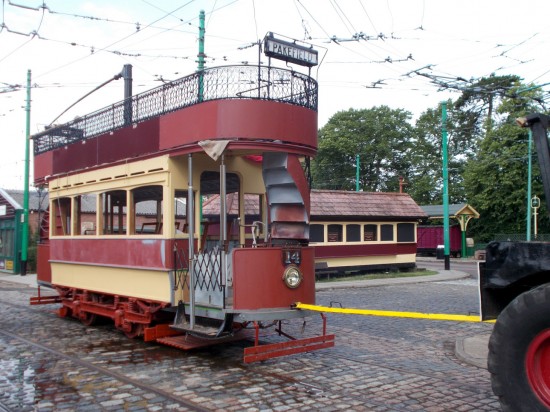 It’s not often you see this tram out of the depot – Lowestoft 14 was towed out to allow 474’s truck to be taken out. 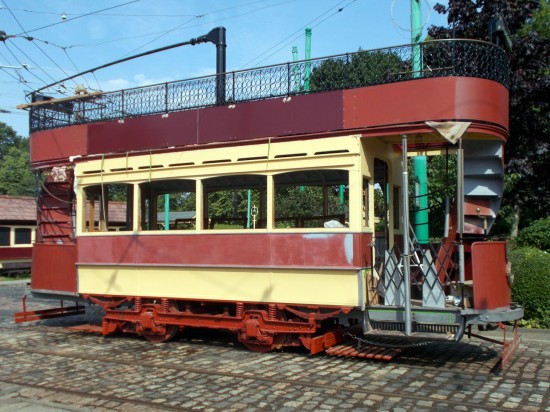 A final view of 14. Recent progress has been made on the decorate metalwork on the upper deck. (All Photographs by Tim Major, 26th July 2019)

1 Response to In Pictures: Lowestoft 14 sees the light as Amsterdam 474’s truck heads off