Around the World in Trams: Karkow 177

Continuing our look at trams from around the world we conclude the series on trams in Krakow, Poland with the below image.

Taken on 22nd May 2007 in this photo we can see 177 which, like last week’s example, is one of a batch of trams built by MAN in 1962-1965 and was purchased second-hand for use in Krakow from Nuremburg. It is working a route 17 service to Os-Piastow and is just crossing the grand junction – rondo Kocmyrzowskie. The background consists of buildings typical of Soviet Socialist era in the 1950s and 1960s and is in the area known as Nova Huta to the east of the centre of Krakow. 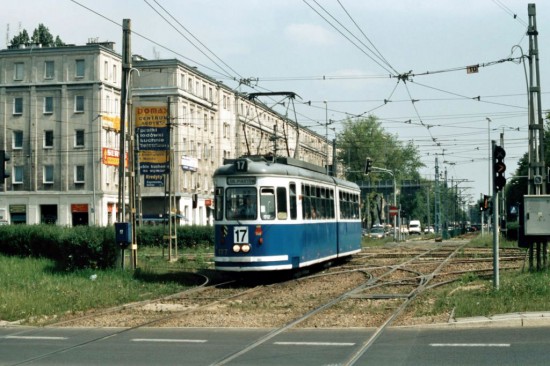 2 Responses to Around the World in Trams: Karkow 177